Part Two of our interview with Memphis City Schools’ Coordinator of Nutrition Services Alexsis Caston. Don’t miss Part One to learn about how breakfast-in-the-classroom got started in Memphis!

BB: Now you are moving into an expansion phase. What is that going to entail for you? How many schools are involved in the breakfast-in-the-classroom expansion?

AC: We have a total of 40 additional schools we’re adding. Throughout the month of January we’ll be adding an additional 20 schools, so hopefully by the first week of February we’ll have sixty total schools that will be on breakfast-in-the-classroom. In Memphis we have 110 elementary schools so our goal, hopefully by the start of next year (August 2012) will be 100% of our elementary schools on breakfast-in-the-classroom. We’re a little bit above the halfway point—or we will be—at the beginning of February.

BB: Is the expansion self-funded?

AC: Yes, it is self-funded. Luckily with the increased participation that increases our reimbursement so we are able to invest in our program and put that money back in, buying more bags and more carts. Right now we’re funding it ourselves. We are looking for other sources of funding, though!

BB: Can you give me examples of a breakfast you would serve in the classroom each week?

AC: The kids really like the sausage biscuit, which is served with milk or juice, and fresh fruit. For a cold item we have a granola and yogurt item the kids like. They get yogurt and then put granola in it—they are separate—and of course milk or juice with that. We’re kind of surprised how many kids are eating the yogurt because we serve granola with it; we tried yogurt before without granola and it didn’t go over well–just adding granola to the yogurt, they picked that up and they really like it.

BB: Do you have any thoughts about breakfast-in-the-classroom in terms of tips, or lessons learned along the way, that you want to share?

AC: Oh, yeah! Definitely get your superintendent involved. The teachers’ union [also]. You need support from people other than just the school foodservice staff. Breakfast-in-the-classroom requires school community teamwork; everyone needs to be involved. We went to PTA meetings, talked to parents, and did different PSAs. Get the word out and get as much support as you can on the front end and that will help make everything a whole lot easier. 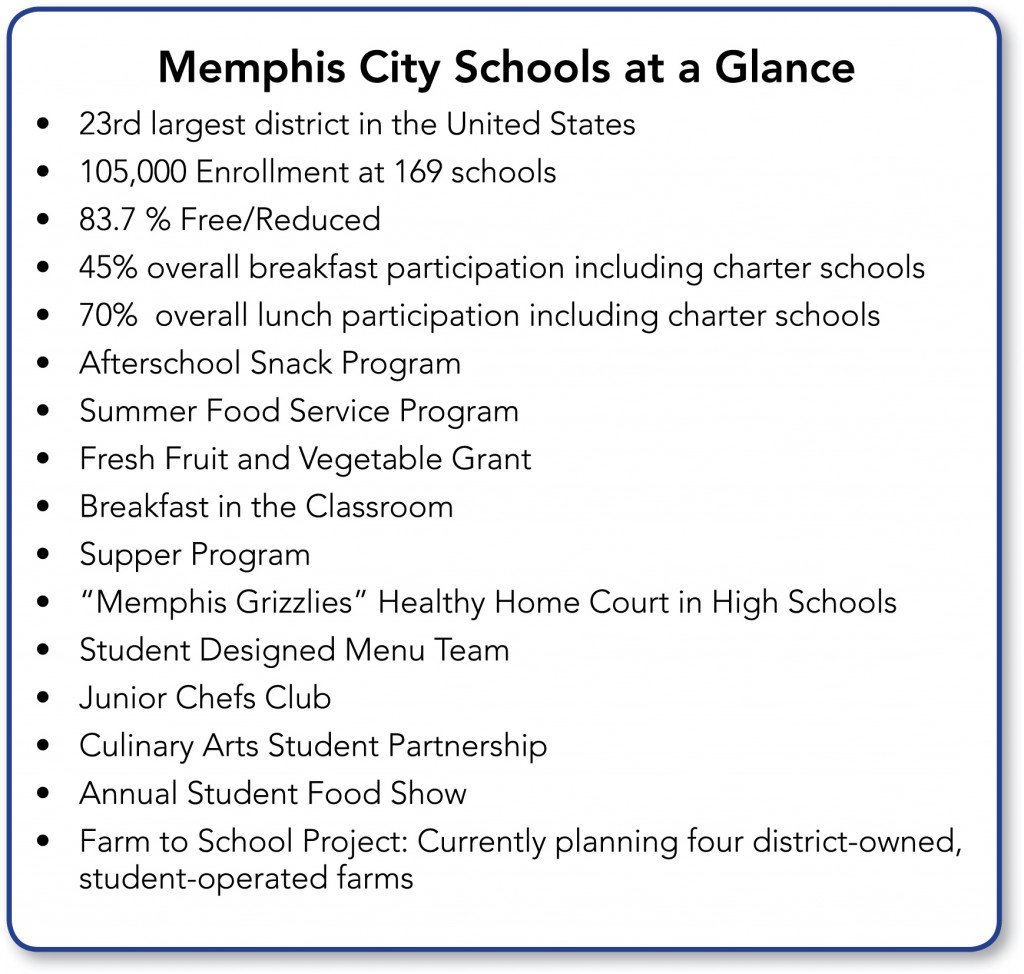