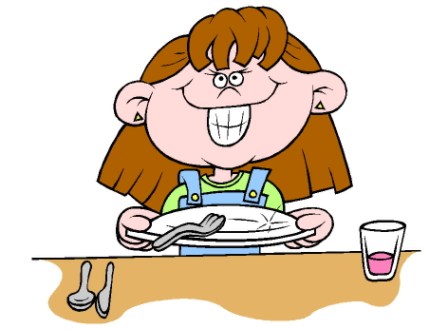 Today we are talking to Sandy Huisman, Director of Food & Nutrition Management in Des Moines Public Schools (IA). Des Moines joined the Partners for Breakfast-in-the-Classroom project in SY2012-13, rolling out the program in twelve elementary schools at the beginning of the school year.

We asked Sandy some of the questions we hear the most from school foodservice professionals like you, who aren’t sure how to get started with breakfast-in-the-classroom. Thank you for sharing your story with us, Sandy—Happy National School Breakfast Week to all of our friends in Des Moines!

Beyond Breakfast: Talk to us about what’s happening in your school breakfast program right now.

Sandy Huisman: Our district has about 32,500 students and we just started our breakfast-in-the-classroom initiative this year; prior to that our participation was running about 20-30 percent. While we had twelve schools that at Provision 2 status, even those schools didn’t have good participation rates. We were fortunate to be approached and have the opportunity to have grant funding for breakfast-in-the-classroom, and this year we have implemented at twelve elementary schools; we will be implementing at three middle schools in the next few months.

BB: How did the program come to your attention, and how did you get started?

SH: Julie Abrera at School Nutrition Foundation was a big part of that, and she approached us based on our size and the number of kids who qualified for free/reduced meals, as well as looking at our participation rate at breakfast—it was obvious we could do a better job of getting kids participating in breakfast. We were fortunate to be approached with the opportunity and we indicated that we were interested. I worked with the administration to get their buy-in. They were hesitant at first, but I was given the opportunity to speak with the group of principals whose schools would be eligible for the program and the administrator I had been working with was really surprised at how interested those principals were.

I really have to give credit to those principals for recognizing the importance of breakfast and being willing to take this on. The nice part about how we were able to roll this out, all the schools—the twelve elementary as well as the three middle—they really made that decision to participate. We presented it as an opportunity, not as something anyone had to do, and they really embraced that.

BB: What tips or advice would give about coalition building and gaining support for breakfast-in-the-classroom?

SH: Partnerships with the teachers association and the NAESP Foundation.  We had those local contacts there. For example, with the teachers union, we had a representative—Greg—who participated in the initial meetings and the subsequent trainings. Greg fielded some questions and concerns; we didn’t have too many concerns but there were a few that teachers expressed in regard to planning time and things like that, so it was great to have that involvement. Schools should look at where they can build those partnerships.

BB: Once you went through implementation process, what were the reactions of the stakeholders? What was the response to the program?

SH: We had all the principals on board beforehand, but at some of the schools the principals admitted that not all of the teachers on board. We did a training session in August, right before school started, and required the participating schools have at least two teachers attend the training; again, the trainer did an excellent job with that. At least two teachers that were there were very much on board, but at one school who attended the principal sent her biggest “resister” and I’ll admit, she was a little challenging at training, but she’s on board now.

The first days of working out details and procedures, and getting everyone up to speed, we anticipated some challenges but certainly it was not overwhelming. Truly, we did not have any teachers saying, “This is horrible!” We had them coming with manageable problems and questions: where to get wet wipes, how to take care of trash. The key is making sure you follow-up and work with the school. We made sure that in addition to our staff that was serving breakfast, we had someone from our supervisory team at each school.

BB: What delivery models are you using?

SH: We have four of the twelve currently in place doing delivery right to the classroom. We worked with principals to identify what would be the best model for their school. In the other eight buildings we have kiosks set up; in some schools kids come through the cafeteria, some through the kiosk—it’s set up to be individualized for each building’s needs.

We have three schools that are satellite kitchens, so that was a challenge. We try to serve a hot breakfast two to three times a week, and they didn’t have ovens for heating foods. We modified some delivery routes to get those meals delivered. It’s about putting that thinking cap on and getting as many people involved as you can. Figure out what it is you have to do and how to make it work!

BB: How do you choose menu items for breakfast?

SH: We are doing taste testing with students so we can expand our breakfast offerings. We want to look at ways to get those schools that are not currently participating into the tastings, and maybe tempt them. I think one of the stereotypes is, “Oh, we’re only going to get some cereal every morning” but we hope taste tests will help get other schools that are not yet participating invested in breakfast-in-the-classroom.

Taste testing is one of many factors we use before offering an item. We just taste tested an item we thought would be great, and it ended up only having about a 70 percent rate at the one school where we tested it. That doesn’t meet our criteria, so we are going to test it at a couple of other schools to see if student response is better; we want it to be around 75-80 percent approval before we add a new item.

BB: What would you like people to know about BIC?

SH: With the breakfast-in-the-classroom grant we were challenged to identify schools so that we could make a significant increase in our breakfast participation. I was talking with a group of directors and someone said, “You are crazy to do it at that many schools at once!” and there were times when I thought maybe that person was right! But we had the enthusiasm with our staff, and I work with a great group of people who are always ready to step up and try any idea I throw out there, especially if it will benefit the kids. My staff puts 100 percent behind everything. I think you have to start with getting the foodservice staff excited, and then the best case scenario is that you don’t have a hard sell with the principal. Getting started where a principal is supportive, at a school with a higher free and reduced rate is a good starting point. When you find a principal who says “That’s great!” it’s a good start.