Our National School Breakfast Week 2015 coverage continues today with an update from Sandy Huisman, Director of Food & Nutrition Management at Des Moines Public Schools. The Partners for Breakfast in the Classroom funded the Des Moines school district’s breakfast-in-the-classroom project in the 2012-13 SY. The last time we spoke with Sandy she had just finished implementing the program at twelve elementary schools, and had plans to add BIC in three middle schools. Today, Sandy reports that she’s serving in twenty two schools with plans to expand into one or two more by the end of the year.

“Breakfast-in-the-classroom has been a really successful program for us,” shared Sandy by phone from her office in Iowa. One of the keys to their success has definitely been the principals who believe in and champion the program. “In many of the schools we have expanded into, the principal has moved from a BIC school to another that didn’t, and they were passionate enough about the program to bring it with them,” said Sandy. “I think it speaks highly of the program that these principals didn’t hesitate to continue with that opportunity.” 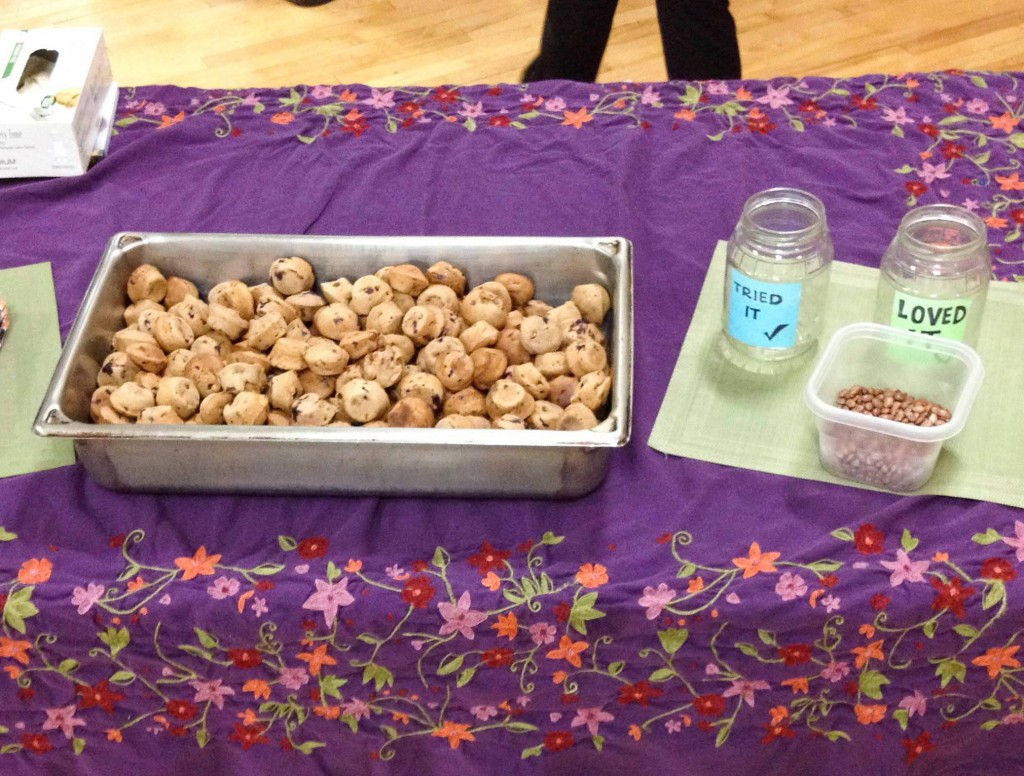 Photo courtesy of Des Moines Public Schools on Facebook
Love the “Tried It!” vs. “Loved It!” voting jars. Great way to keep a taste test positive!

Sandy and her staff are celebrating National School Breakfast Week along with us, including the addition of special new menu items that incorporate fresh, local produce, in hopes of bringing those items to the regular menu. “We have some tastings [planned]; we’re working with local farmers for local spinach for smoothies at one school, and berries to make muffins at another school,” explained Huisman. “We’re also purchasing some local sweet potatoes, and all of our schools will be serving a sweet potato-and-egg casserole.”

“We’re venturing out into scratch cooking and local ingredients at breakfast, figuring out what we can [use] and what works best, as well as how to overcome some barriers,” said Sandy. For example, central kitchen staff had to peel and grate the sweet potatoes, which means additional labor costs, but it’s all part of the process, said Huisman–you never know until you try.

So would Sandy recommend a breakfast-in-the-classroom program to other schools? “Absolutely! The funding opportunity with Partners for Breakfast in the Classroom really helped us with a jump start–we got the equipment we needed, and as we’ve expanded into additional schools we’ve been able to streamline and simplify, which makes it a win for students and a win for us on the revenue side.”