SNF at ANC: Education, Research, and Scholarship at the Annual National Conference

We’re just over a month away from the biggest school nutrition conference of the year, and the School Nutrition Foundation staff is excited to see YOU in Salt Lake City! We’re going to be bringing you a lot of great stories and photos from Utah, so make sure you’ve connected with SNF on Facebook and Twitter, and don’t forget to check back here at Beyond Breakfast for live updates from the conference. 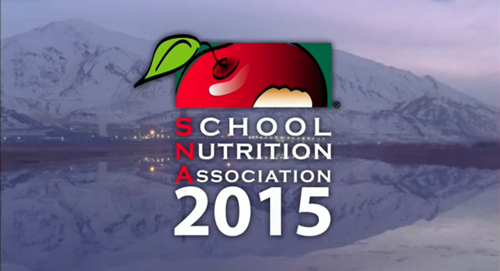 You already know that the Annual National Conference is a great place to connect and collaborate with colleagues, as well as stay up-to-date on school nutrition policy and programming. But did you know that ANC is the perfect opportunity for you to get involved with the Foundation, too? SNA makes our dues go a long way, but the Foundation—as a separate entity—requires additional help and support from members to thrive, and to provide the education, scholarship, and resources that our mission statement promises.

We recently sat down with SNF Director of Development Janet Hedrick to learn more about what SNF has in store for ANC 2015.

Visit Us at the SNF Booth

A visit to the SNF booth is a great place to start—right after you check in at registration! In addition to SNF staff, there will be an amazing lineup of volunteers at the booth answering your questions.

“We encourage people to visit and find out about the Foundation—and certainly what we can do to help members with scholarships and resources—but also to find out what they could do—to get active with SNF, and to participate in the Annual Fund,” said Janet. Meet the SNF staff, get information on Partners for Breakfast in the Classroom, and of course learn more about the scholarships and professional development assistance the Foundation has to offer.

SNA members provided record support for the Annual Fund last year, and the Foundation hopes to build upon that success for the benefit of future members. Like last year, SNF will be taking donations for the Annual Fund throughout the conference. There will be a computer available where members can make an online donations, and SNF has a convenient QR code so you can donate from your mobile device. Speaking of going mobile, don’t forget to download the ANC On the Go app this year! Donations can also be made via the app, and you’ll always have conference information handy.

“Last year the support of our members provided dollars that are being awarded in scholarships this year–$25,000 in fact,” said Janet. Professional development awards were made possible by the success of last year’s Annual Fund drive, thus helping SNA members like you pursue and achieve their professional goals.

With that in mind, SNF is going to put the FUN in fundraising this year with a new Annual Fund competition for SNA members. A state in each of our three membership divisions (under 500 members, 501-1000 members, over 1001 members) will compete to be declared an Annual Fund “Giving Champion”.

“It’s time to make sure your state is in the running!” encouraged Janet, stressing that the winners are not determined by the total amount raised, but the total number of donations as a percentage of your membership.

“Doing it this way, a group with 300 members can compete with a group with 100 members,” explained Janet. “We’re counting all gifts in the amount of $10 or more, and one state in each category will be named a Giving Champion winner. We’ll have a breakfast in 2016 for all of the donors, and a celebration event to recognize the winning states, as well as acknowledge all of our Annual Fund supporters. We’re incredibly excited about the future of the Fund!”

It’s important for SNA members to understand the true power of their charitable dollars, said Janet. In the non-profit world, individual giving makes up the vast majority of charitable donations—far more than people think.

SNF’s Celebration of School Nutrition Heroes was a huge success at LAC, and the Foundation will continue to honor the 2014 heroes as the search for next year’s nominees begins. A few of the current crop of winners will be volunteering at the SNF booth in Utah, sharing their stories and helping us raise money and awareness for SNF and the Annual Fund.

“We love having the volunteers at the booth,” said Janet. “Last year we had some past presidents help out, and some Foundation board members; the Heroes will be there volunteering and taking pictures, encouraging their peers to participate.”

SNF will also be promoting the 2016 Celebration of School Nutrition Heroes, encouraging members to think about potential nominees and to consider attending the Celebration at LAC 2016.

“We know that people are sometimes concerned about the extra ticket cost, but you get much more than a nice dinner,” explained Janet. “We’re raising funds to help the Foundation, funds that cover education, research, and scholarship—things SNA dues simply can’t cover, and that our members truly need and want.”

Keep your eye on the schedule for school breakfast and breakfast-in-the-classroom education sessions (check out our cheat sheet!), especially the special two-part session on Monday, July 13, hosted by the Partners for Breakfast in the Classroom. We also encourage you to check out the following:

We look forward to seeing you in Utah in July! Stay tuned to Beyond Breakfast for ANC 2015 updates throughout the summer!

2 Responses to SNF at ANC: Education, Research, and Scholarship at the Annual National Conference