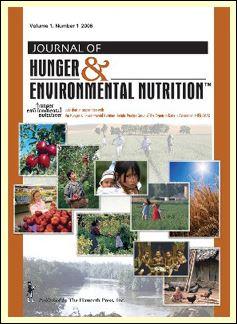 We sat down recently with dietitian, school breakfast supporter, and longtime friend of SNF, Elizabeth Campbell, RD, to discuss her work on a series of recent articles that appeared in the September 2013 issue of the Journal of Hunger and Environmental Nutrition. The four papers discuss the findings and implications of research done by Campbell and her colleagues at the University of California at Berkeley, with support from the Robert Wood Johnson Foundation. Liz currently works as a consultant, and previously worked with School Nutrition Foundation as senior project manager. This is part two of a two-part blog series; you can read part one here.

School Nutrition Foundation: You mentioned that many people don’t understand the difference between “food banks” and “pantries/soup kitchens”. Can you give us a little background, or overview, of how food banking works in its current form?

Many of today’s food banks currently maintain large warehouses, professional staff, and fleets of trucks, with levels of sophistication and efficiency that can match those of their food industry suppliers. Food banks, as the key organization at the fulcrum of the emergency food system, secure foods from food donations, government food programs, and purchases made with acquired funds. First, most regional food banks –of which there are now over 200 in the United States –participate as members of a national network organization, Feeding America (FA), formerly known as Second Harvest. The national FA office functions as a broker, negotiator, and recipient for donations of foods and beverages from large food manufacturers, retailers, distributors, and growers. Regional food banks acquire a portion of their donated food and beverage inventory through the FA National Choice system, which allows food banks to order donated foods based on the shares they hold; a metric based on the number of pounds of inventory they distribute in relation to the prevalence of poverty in their catchment area. To augment the supply of donated foods acquired from FA, food banks also typically establish relationships with regional and local food processors, retailers, distributors, and growers as well as conduct food drives. Food banks also secure funds through grants from Feeding America and other charitable organizations, monetary donations, and shared maintenance fees from their member agencies with which they purchase products to supplement donations and government foods and to improve their infrastructure.

Regional food banks warehouse the donated, purchased, and government foods and dispatch orders to their local affiliated agencies; nationally, these agencies include approximately 30,000 pantries, 4,500 emergency soup kitchens, and 3,500 emergency shelters that directly distribute foods and meals to clients. Local emergency food agencies—often faith-based and staffed largely by volunteers—depend on food banks to help stock their inventories. On average, food banks supply 76 percent of the inventory of food pantries, 50 percent of that for soup kitchens, and 41 percent for shelters. The local agencies often supplement these supplies with donations from local grocers, bakeries, growers, food drives, and limited purchases. In fiscal year 2013, 20 percent of the entire network’s food was sourced from government programs, 66 percent from donations, and 14 percent was purchased. Annually, the network of food banks and their local affiliated agencies provide over 3 billion pounds of food to low-income families.

SNF: What are some challenges food banks face in terms of both the procurement, and the distribution, of “healthier” food options (i.e. produce)? What strategies are currently in place to continue this trend, and what strategies do you suggest for food banks who wish to address the quality of food they receive/distribute?

EC: Based on our research and information from Feeding America, food banks are doing a really good job sourcing healthier foods such as produce. An important example of progress in improving the nutritional quality of emergency foods comes from California, where an analysis of the trends in the nutritional quality of food inventory of six California food banks over a recent four-year period showed a substantial increase in fresh fruits and vegetables procured and distributed. In 2010, fruits and vegetables accounted for over half, on average, of the total weight of foods and beverages at the six food banks. However, much of that produce is in the form of potatoes and onions, so there is room to increase more nutrient-dense produce, such as leafy greens.  (This was largely due to working with farmers to collect food that typically did not meet specifications to be sold in the regular market despite its good quality.)

Also, donations of foods of minimal nutritional value, like snack foods and sugar sweetened beverages, declined. However, despite the decline in donations of the less healthful beverages and snacks at these California food banks, they remain a concern, because they continue to contribute significant calories to the diets of food bank clients. For example, the food bank with the largest supply of donated sugar-sweetened beverages distributed over 1 million pounds of these drinks in 2010—or the equivalent of 208 million (liquid sugar) calories. In the same year, the food bank with the largest quantities of donated savory snack foods (i.e., chips, crackers, etc.) distributed 164,000 pounds or approximately 370 million calories from these nutritionally poor foods, a significant potential contribution to weight gain and obesity among emergency food clients.

I recommend that food banks continue the discussion about nutrition through the development of nutrition policies.  These policies lay the foundation for change and can help food banks focus their practices to source foods that will contribute to client health.