This blog post originally appeared on the NEA Health Information Network blog as part of the Partners for Breakfast in the Classroom’s National School Breakfast Week coverage. Visit the Partners page via the link below for more information on breakfast-in-the-classroom! 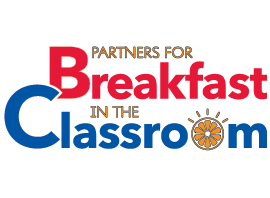 As the Partners for Breakfast in the Classroom (PBIC) initiative enters its third round of funding, the founding partners—NEA HIN, the Food Research and Action Center (FRAC), School Nutrition Foundation (SNF), and the National Association of Elementary School Principals Foundation (NAESPF)—are working to increase access to school breakfast for students around the country. In Erie, PA, students at twelve elementary schools and one middle school will be receiving breakfast-in-the-classroom (BIC) for the 2014-15 school year; breakfast is already being served in five of those elementary schools, as well as the middle school. We recently sat down to talk to Jenny Johns, Assistant Food Service Director with Metz Culinary Management, the company that provides foodservice to students and staff each day in Erie’s Public Schools, about her passion for school breakfast and her mission to bring the morning meal to her school district.

Jenny began exploring breakfast-in-the-classroom several years ago, but had a tough time getting principal buy-in. “Our breakfast numbers were rather low, so I decided to call some principals to ask if they would consider a BIC program. None of them were floored by any means; one principal expressed interest but ultimately decided to pass.” After some time passed, Jenny approached the district superintendent, laying out her case for the benefits of BIC—and the superintendent was convinced. At the same time, the opportunity to apply for a PBIC grant presented itself, and the stars seemed to align. “The grant opportunity gave me some leverage to go back and ask, “Can we give this a shot?” Our superintendent, the business administrator, the dietitian on staff, and I went to a principals meeting and we talked about the positive effect this could have on our kids, and then we asked for volunteers for a pilot program.” Several principals expressed willingness to try the pilot program, and Johns set to work writing the grant.

“I already had a good idea of my participation counts. I took a look at the enrollment numbers and what I hoped the growth would be, and we took it case by case, school by school,” said Johns of the self-assessment and application process. “As I filled out the paperwork, thinking about the process, I figured out what equipment would I need and how [BIC] would affect staffing. It wasn’t difficult! It was time consuming in terms of the thought process, but it wasn’t hard—I’d do it again in a heartbeat.”

In Erie, Johns took a conservative approach to implementation, rolling out one school at a time. “It gives us the opportunity to be present, and to work out any problems. That has worked really well for us.”

A slow, one-school-at-a-time approach has also helped with stakeholder buy-in among teachers, custodians, and administrators. It gives school nutrition staff the time they need to communicate with school staff to address their concerns, while teachers and custodians have the opportunity to feel included, and that their voices are being heard.

“Our [custodial manager] had a lot of concerns, from spills in the classroom, schools with carpeting vs. tiles, and concerns about pet control,” said Johns. “We decided to take it one school at a time, and now he’s one of my biggest supporters, and he has helped me implement in other schools.” Teachers also expressed concerns, and Johns found that when principals acted as advocates, teacher support followed; holding meetings with stakeholders prior to BIC kick-off created an atmosphere of collaboration, where everyone could work together to bring the benefits of breakfast in the classroom to students. “Right now there is anecdotal evidence that [BIC] is working,” said Johns. “Principals say classrooms are quieter, kids are paying attention, and there are fewer trips to the nurse. And now I have principals approach me who say, “I was at a principals meeting recently and heard how great BIC is—can you start it at my school?” I really love that.

Participation has more than doubled in the schools where BIC has been implemented, and the response from students and staff has been overwhelmingly positive, said Johns. The classroom delivery model has worked best for Johns in her schools, though she stresses that BIC is extremely flexible and customizable, allowing schools to tailor it to their specific needs. Cafeteria staff handles the morning meal delivery at 8 a.m., and then returns to the cafeteria to begin breakfast prep for the next day; by the time breakfast is over—around 8:20 a.m.—breakfast for the next day is complete, and it’s time to pick up the breakfast equipment from the classrooms.

Overcoming early challenges—like a lack of storage space, and a school with four floors that lacked an elevator—was possible through teamwork and creativity. To solve the delivery problem for the elevator-less school, Johns added to her labor costs to keep delivery efficient while reducing physical stress on her staff. When she needed to find temporary storage space until a permanent solution could be found, she found a somewhat dramatic solution—the school’s stage! “Like many districts, ours is having financial difficulty, and we really have to watch spending,” explained Johns. “Our custodian was really quite cool about the whole thing—we couldn’t fit our BIC supplies in the kitchen yet, so we borrowed the stage to store [everything]! Now we have shelving cages, but that was a huge challenge and [the custodian] gave up his stage for us for a time, which really helped.”

If you’re thinking about breakfast-in-the-classroom for your school, don’t give up, said Jenny. “When people hear “breakfast-in-the-classroom” they are fearful of the commitment, of how employees will handle it, and whether they can pull it off,” explained Johns. “The planning is the hardest part; after that, you fall into a routine and it’s very simple.” The kids love it, Johns said, and instead of getting wound up in the cafeteria and then heading into their classrooms, now the kids start their morning in a calm, relaxed atmosphere with their teachers and classmates. “The benefits for the kids and the district are phenomenal” enthused Johns. “Absolutely worth all of the time and effort. We love it!”

3 Responses to Erie, Pennsylvania Sets the Stage for Breakfast-in-the-Classroom