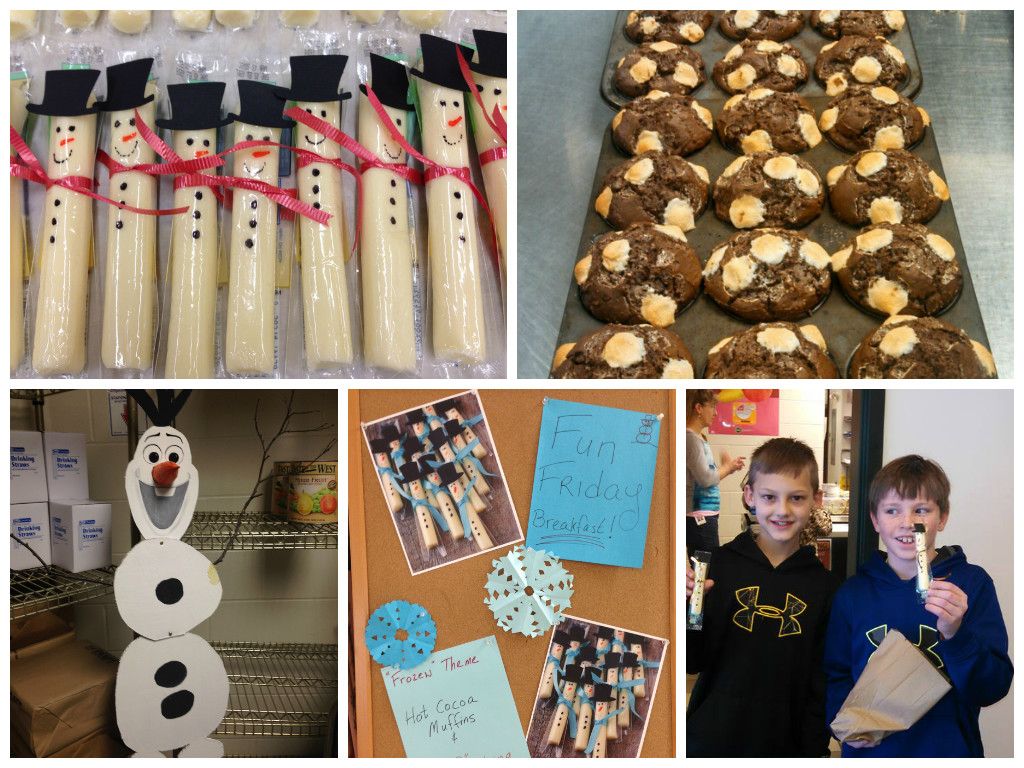 If there’s one thing we have learned about school breakfast, it’s that there is no such thing as “one size fits all.” Not only is this very true—it’s one of the greatest strengths of school breakfast. “Whenever I’m meeting with folks about breakfast-in-the-classroom, I give them all the same piece of advice,” said Partners for Breakfast in the Classroom consultant Elizabeth Campbell. “I tell them, ‘Once you’ve seen breakfast once, you’ve seen it once.’ Breakfast is great because it’s different for everyone, depending on the [school’s] needs. It’s incredibly customizable, which is part of what makes it so successful.”

With that in mind, we recently sat down with Jeanne Reilly, Director of School Nutrition at Windham Raymond School District RSU #14 to discuss the many facets of school breakfast.

“We have six schools, and about 3300 students, and we use a variety of delivery at breakfast,” explained Jeanne during a telephone interview. “One school has grab-n-go from the cafeteria to the classroom, we have two or three that do traditional cafeteria breakfast, and we have a room service breakfast at our largest middle school during the homeroom period—a “second-chance” style meal that’s delivered with a cart. Our high school is also a regular cafeteria service, but it’s extended throughout the morning so kids can get breakfast right up until we start lunch service.”

Reilly knew that breakfast could be a hit among her students, and wanted to increase interest in the morning meal. Feeling that her elementary school participation was “lackluster,” Reilly put on her thinking cap. “I thought about it as a parent, and wondered if the barrier was simply the ‘unknown,’” she explained. “We started to develop a “Fun Friday” event for the elementary school kids, and we celebrated every Friday for a month.” That month breakfast counts doubled when parents saw that breakfast was a good value, and that their kids followed through with the process of eating breakfast at school in the morning.

Fun Fridays continue, and Reilly credits them with helping her increase participation in elementary schools overall by 25 percent. 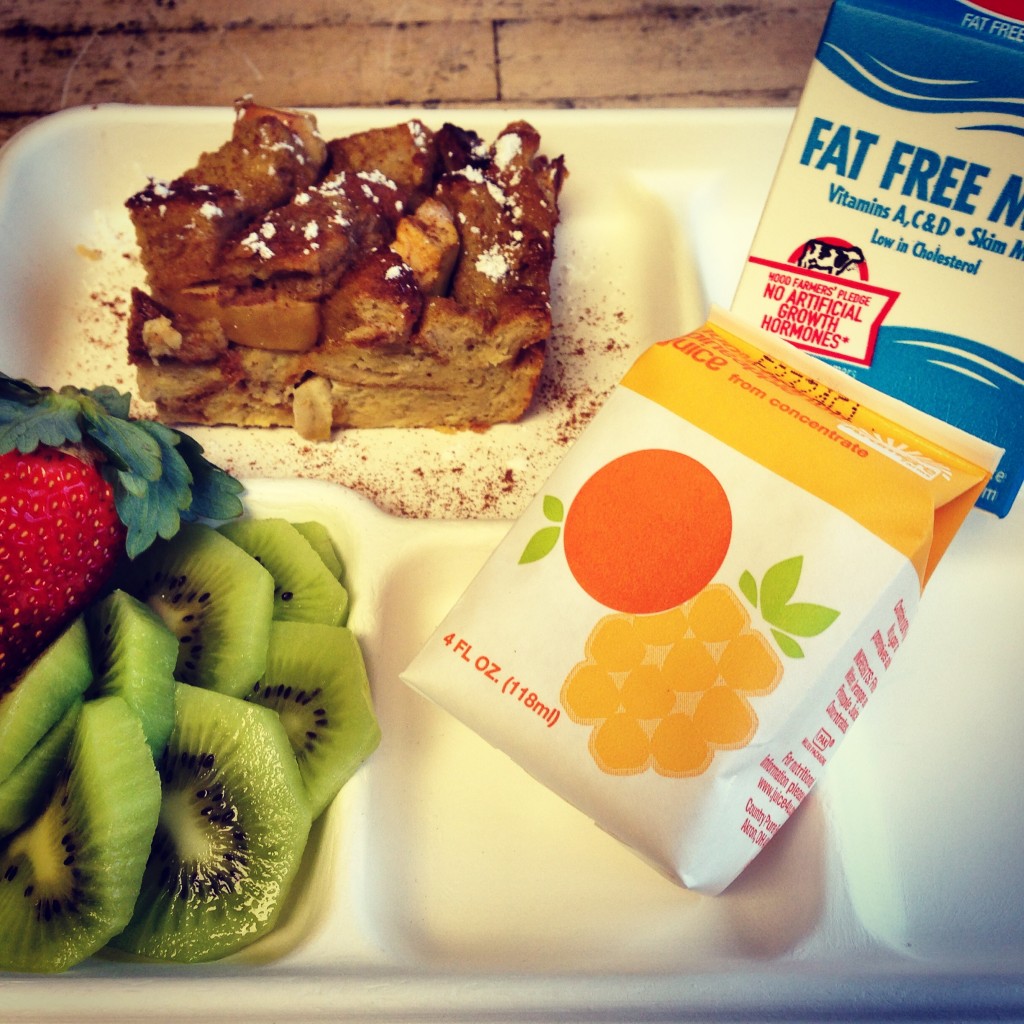 The Vermont Maple French Toast Bake was a huge hit with Reilly’s students.

“We’ve started making all of our own muffins, and all of the flavors have been really popular with the students,” said Jeanne. A special Fun Friday treat the kids love is a Hot Cocoa Muffin, made with a whole grain mix; kids also love the house-made Cranberry Vanilla Granola. “We just rolled out the Vermont Maple Apple French Toast Bake from the New School Cuisine Cookbook, and had outstanding success—it was a huge hit.” Middle and high-school students also love breakfast sandwiches, which are easy to transport, and at the high school parfaits are also increasingly popular.

Schools and districts often struggle to find money for additional costs like equipment. One of the biggest expenses for Reilly was a Cambro delivery cart with a warming box, but it was the point-of-sale solution that was ultimately the most expensive issue. “Our software company didn’t support our need [for a mobile POS], so we bought an inexpensive tablet and using some shortcuts we were able to make it work,” explained Reilly. “Eventually the software company did come out with their own tablet—and it was four times the price of the first tablet. However, it did work much, much better, and we had a 200 percent increase in breakfast at that school so we felt it warranted the extra expense.” Because the mobile point-of-sale tablet could easily be installed permanently in a cafeteria, it was a good long-term investment for the school nutrition department.

For Reilly, using Facebook and Twitter to market her school nutrition program is about show rather than tell. “You can tell people all you want about school lunch, but I want to show them what ‘school lunch’ and ‘school breakfast’ is for their kids.” It’s not hard to manage Facebook and Twitter, and it’s simple enough to ignore negative comments, or to simply address them appropriately and move on. The value is too significant to ignore over a few rude people on the Internet, said Reilly. “When parents think ‘school lunch’ it’s something different than what I’m giving, and school breakfast is new—it wasn’t a thing when these parents were in school.”

Of course an up-close-and-personal invite for parents also goes a long way toward making them understand your school nutrition program. “We’ve done a community breakfast for years, and it’s a great venue for parents to see what we serve for breakfast,” said Reilly. “They see that I’m making it with fresh berries, and granola we made in the cafeteria. It’s an avenue for us to say, ‘Your kids are getting great food.’”