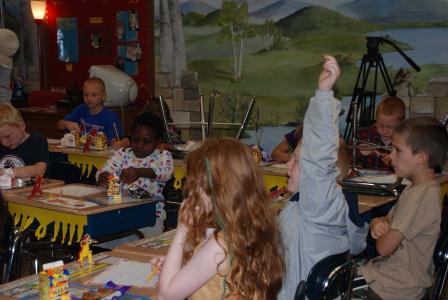 "Up and at 'em!" The second grade students in Mrs. Hovater's class combine breakfast with a morning lesson.

Bright and early this past Monday morning we pulled up to Mooreland Heights Elementary School in Knoxville, TN. The sky was still dark, but the smiles on the faces of the students immediately brightened the day! As children arrived to start their school day we were led to Mrs. Hovater’s second-grade classroom to observe breakfast-in-the-classroom being served. We were immediately struck by the calm, relaxing atmosphere and the rapport between teacher and students. 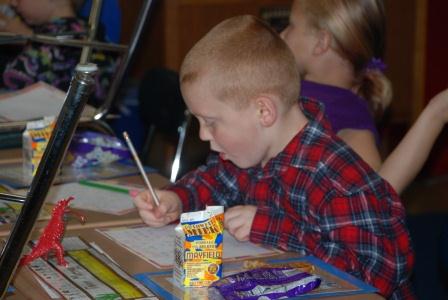 Working hard on the morning assignment.

We took our place along the wall, quietly. Why so quiet? Because there was hardly a peep in the classroom beyond the occasional wrapper being opened, or murmured exchange between teacher and student. Instrumental music played softly in the background as the students ate their breakfast, while also completing a morning writing assignment. Students raised their hands and waited to be called on before asking questions; as others arrived they stashed belongings in a classroom locker, took their seat, and waited for Mrs. Hovater to call on them to go to the front of the classroom and retrieve their breakfast from the Fuel Up to Play 60 coolers on the floor. 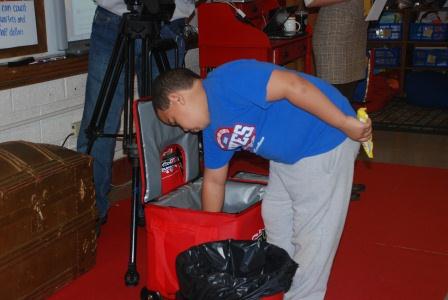 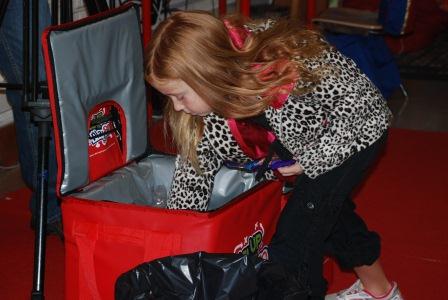 After breakfast is served the trash is tied, and set outside the classroom door on top of the coolers, ready for pickup. The process is neat, orderly, and appears to enhance the beginning moments of the school day for the students who participate. 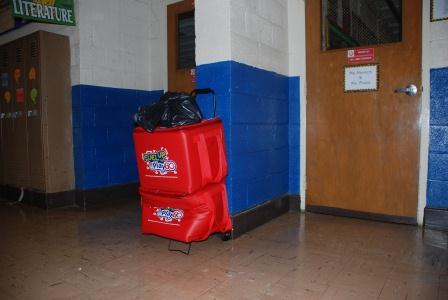 Breakfast equipment is set in the hallway for pick-up after the morning breakfast period is done.

After the announcements everyone went to the gymnasium for the Partners for Breakfast in the Classroom event. Many of the local and national partners addressed the students, and shared the importance of breakfast in the fight against hunger, as well as its health and academic benefits for students. We heard from: 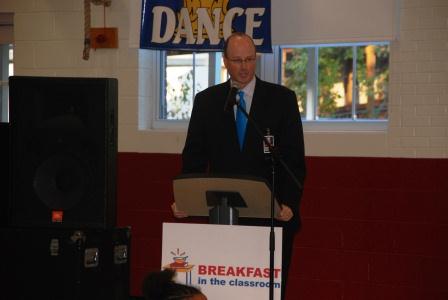 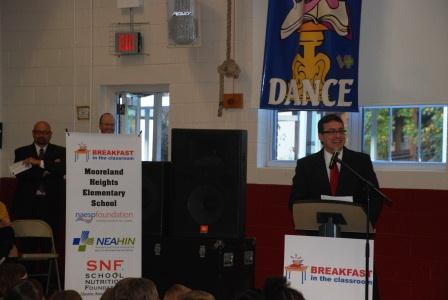 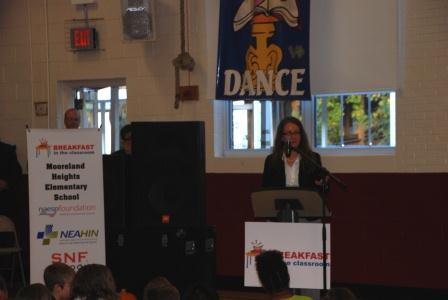 The kids were a very polite and attentive audience—obviously the faculty and staff at Mooreland Heights are doing an incredible job. One of the things we loved the most was the kids’ enthusiasm for Jon—they knew who he was, and warmly welcomed and thanked him for all of his work. How many elementary school children not only know, but genuinely adore their district’s director of nutrition? We hope this is a growing trend! 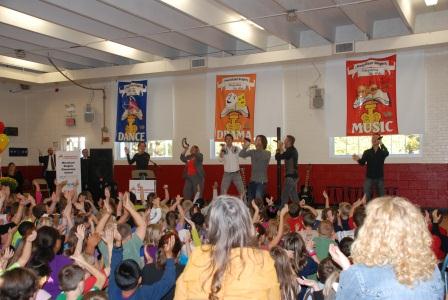 The students rock out with Spencer's Own! 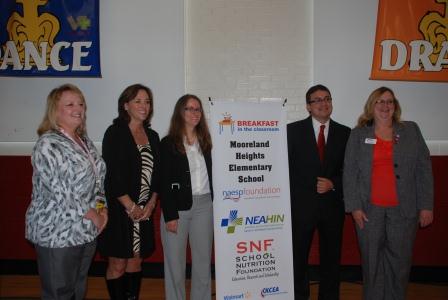 The kids were also treated to a performance by the group Spencer’s Own. Dr. Miller was almost as excited as the kids, and shared with them that introducing a rock band was a lifelong wish that he was finally fulfilling that morning! Spencer’s Own treated the kids to a series of fun songs and got everyone—students, teachers, faculty, and even the media!—singing and clapping along with their beatboxing and five-piece harmonies. 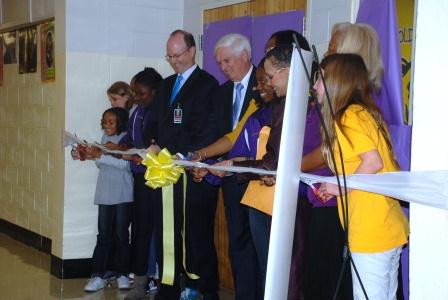 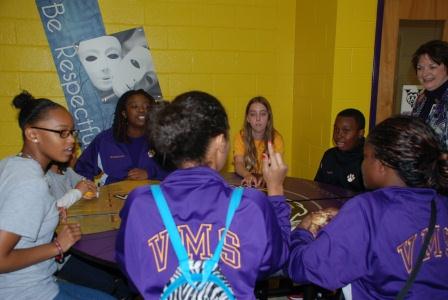 We were going to head straight to the airport after the Mooreland Heights Elementary event, but Jon Dickl convinced us to zip over to Vine Middle Magnet Performing Arts Academy for their National School Lunch Week event, which included the unveiling of their brand new cafeteria. The event included a visit from Congressman John J. Duncan, who expressed his support for school meals and the important role they play in student health and academic life. Congratulations to the staff and students at Vine Middle—the new cafeteria looks fantastic!