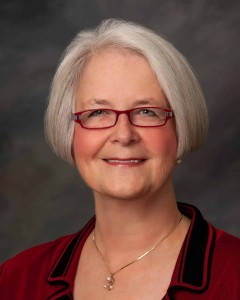 When it comes to promoting school meals via social media, there are few folks doing it better than Dayle Hayes, the woman behind School Meals That Rock. Dayle has been presenting delicious school meals, one photo at a time, and pushing back against the notion that schools are serving primarily—as Katie Couric recently put it—“junk food” to America’s kids. We recently sat down with Dayle to talk about school lunch, social media, and how school nutrition professionals can take control of their own story with just the click of a camera.

According to Dayle, photos are the vehicle through which school nutrition professionals can—and should—deliver their message to the masses. “Social media is a visual medium, so relying on text is not taking full advantage. Everything I read and hear tells me more graphics, more photos.” Comparing text-only social media updates to the old paper lunch menu that schools used to send home to hang on the refrigerator, Hayes says that SN professionals are missing out on the unspoken message a photo can convey, and shared how she got started using social media in 2011. “Mrs. Q’s Fed Up blog (that became a book) had a premise: One picture, every day, showing how awful her school lunch was; she posted the picture, and talked about [the food]. As soon as I saw that I thought, ‘Wait a second. That’s one person, one point of view, and it doesn’t represent what I know is happening in school meals.’” And thus, School Meals That Rock’s Facebook page was born, and Hayes began her own quest to show the growing trend of nutritious, delicious, increasingly locally grown and produced meals that she was seeing on lunch trays across the country.

Great food photos say more than a written description ever could, and therein lies their value, says Hayes. “When it comes to what people think and believe about school nutrition, a picture really is worth a thousand words—and it may be worth ten thousand or one million views online, you never know.” If you aren’t taking and sharing photos of the food you serve students, Hayes says you are missing out on an opportunity to tell your own school nutrition story. “If you have a great story, and you’re proud of what you do, take control and tell that story. No one else knows it as well as you do, and no one will be able to tell it as well as you can.” If the idea of starting a social media campaign scares you, Hayes advises fighting the fear. “Social media is about a conversation; a relationship. When people do say something negative, it gives you the opportunity to present your side. You get to immediately answer [critics].” Hayes also finds that the social media community does its own policing, and when a commenter gets too combative, other commenters often jump in to tell that person to give it a rest.

One of the most compelling reasons to jump into the social media fray, argues Hayes, is that everyone else is already there. “Our customers, our advocates, and our detractors are all on social media,” she explained, adding again that photos are crucial to any social media presentation. “To explain with words—that may take longer than anyone is willing to give you these days. A picture changes perceptions immediately.” Having an updated library of beautiful school meal photos will help you in a variety of ways, not just through adding value to your social media presence. Photos can be used in traditional marketing materials as well, said Hayes, “and in virtually any other interaction with your customer or the public. Being able to say, “Let me show you” is the value in taking good photos and having them at your disposal.”

If you already follow School Meals That Rock, you have probably seen Dayle’s “Invite Katie Couric to School Lunch” campaign. When Couric made a comment on Good Morning America about school food being “junk,” Hayes took to Facebook and Twitter to launch an open, ongoing social media invitation to the journalist, to show her all of the beautiful school lunches being served in schools across America. It’s a perfect example of using social media—and photography—to tap into a wider conversation, and challenge a pervasive, inaccurate perception of school meals. Hayes believes that if more schools were actively participating in social media, changing those perceptions would be more effective. “If we really hope to tell the story, we have to communicate that this isn’t just one or two schools serving good food,” said Hayes. “This is a lot of schools, serving a lot of kids some really great meals. We have to show the breadth and depth, and that [many] districts are doing it.”

Don’t let intimidation get in the way, either, advised Hayes. In fact, no matter what challenges you face—hesitant administrators, a reluctant staff, privacy concerns—it’s time to find solutions and get started. “There are understandable concerns, but no matter what the challenges are, you have to overcome them,” said Hayes. “Again, your customers, advocates, and detractors are already there.” You should be, too. Here are a few common challenges, and the solutions Dayle suggests:

Lots of people feel overwhelmed when they begin researching social media, but just like any other project, Hayes advises taking it one social media platform at a time. “Pick one you think will best help you meet your goals, master that, and then move on to the next one,” said Hayes. “I did Facebook, then I did Twitter, and now I’m on Pinterest, and they can all interact with each other.” The ability to connect multiple platforms will give you a wider reach, and allow you to post updates across platforms with ease. However, your audience will change with the platform, so it is best to work toward a presence everywhere—Facebook, Twitter, Pinterest, and—hopefully—Instagram.

“Facebook is still solidly at the front in terms of numbers, but it’s not the place to reach teens,” said Hayes. “They aren’t on Facebook because their parents and grandparents are on Facebook!” When it comes to Twitter, school districts are slowly signing on, but Hayes believes they could be using it to better advantage. “Regular Tweets to parents, showing them what kids are having for lunch, or what’s on the salad bar—essentially [Twitter] functioning as that old “menu on the refrigerator door,” only now you are delivering the information immediately to their phone.” To reach kids, Hayes is currently exploring the possibilities Instagram has to offer, but it’s on Pinterest where she really envisions the school nutrition community coming together—and she believes the potential for power is great.

“Pinterest is a huge opportunity,” Hayes enthused, referencing the popular social media website, which allows users to organize, save, and share content—primarily visual—through bookmarks called “pins” which users can sort into categories known as “boards.” The fastest growing social media site, Pinterest has everything school nutrition professionals are looking for: audience, convenience, visual emphasis, and intuitive design. “It’s not a place to reach young people, but it’s a place to reach parents.” A Pinterest account for a school nutrition program could pin things by category—school breakfast, school lunch, special events—and share them with others on Pinterest, and other social media sites. The ability to organize is one of the features of Pinterest that Hayes most appreciates. “It allows you to put all of your ‘like’ things together. [On Facebook] you have to scroll through a lot to get to something I posted yesterday, never mind two weeks ago, but on Pinterest you [group] everything on boards.” The ability to organize your own material, making it easily searchable, makes Pinterest intuitive for new users; that it’s rarely blocked by school filters is another advantage.

Another advantage Pinterest offers users is the ability to submit content to another user’s board, and Hayes is employing that strategy to attract school districts to her own Pinterest page. “I’ve given schools the opportunity to do a group board on my [account] so they can post to it, and gain the advantage of sharing their pictures with my followers. I’ve got 12 or 13 districts pinning pictures to my board. They don’t have to worry about maintaining their own page; this gives districts a way to try out Pinterest without having to commit to it themselves.” Schools that submit to Dayle’s page can direct traffic there, which benefits them as well as colleagues who are also sharing with School Meals That Rock.

The bottom line, says Hayes, is that social media allows you to share your story. “Above all else, if you’re not there other people are controlling the story,” said Hayes. “Do you want Katie Couric and Mrs. Q to be deciding the story on school meals, or do you want to tell it yourself?”

5 Responses to Dayle Hayes of ‘School Meals That Rock’ on Photography, Social Media, and Katie Couric