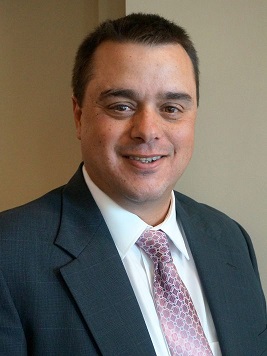 Joe Urban – or as he’s known on Twitter @schoolfoodrocks – is the Director of Nutrition Services at Greenville County Schools in South Carolina. Over the last several months, Joe has shared a lot of great school breakfast stories and photos on Twitter, and when we reached out to ask Joe if he would share his school breakfast journey with us here at Beyond Breakfast.

Breakfast-in-the-classroom is a program Urban has been working toward for several years. After receiving approval from the Greenville County Schools administration, Urban and his school nutrition staff launched their first pilot program at Tanglewood Middle School on April 7, 2014. The pilot was such a success, Urban was able to implement breakfast-in-the-classroom at two additional elementary schools for the 2014-15 school year. “We now have four locations serving breakfast-in-the-classroom,” wrote Joe in a recent email update. “[We] anticipate 5-10 more coming on board before the end of this school year.” The ultimate goal, says Urban, is implementation of BIC in all Title 1 elementary schools.

To give you a quick snapshot of what the Greenville County School District looks like, here are some stats. Average daily participation (ADP) for breakfast is 16,000 and 38,000 for lunch (not including a la carte sales), with a free/reduced rate of 49.6 percent. When we first spoke with Joe in November he reported that in the three schools serving BIC at that time, the ADP for breakfast went from 25-30 percent to 92-98 percent.

One of the keys to success with any breakfast-in-the-classroom program is choosing the delivery model that’s right for each school. At Tanglewood Middle, cafeteria staff delivers breakfast directly to the classrooms; at the elementary schools, students pick up two breakfast coolers from the cafeteria and bring it to their classroom for distribution. Reception to the program has been almost universally positive, says Urban. “It’s been received well by all parties. A recent poll of students and teachers indicates a 92.5 percent approval rating.” Popular breakfast menu items include banana bread, cinnamon rolls, and egg-and-cheese sandwiches. 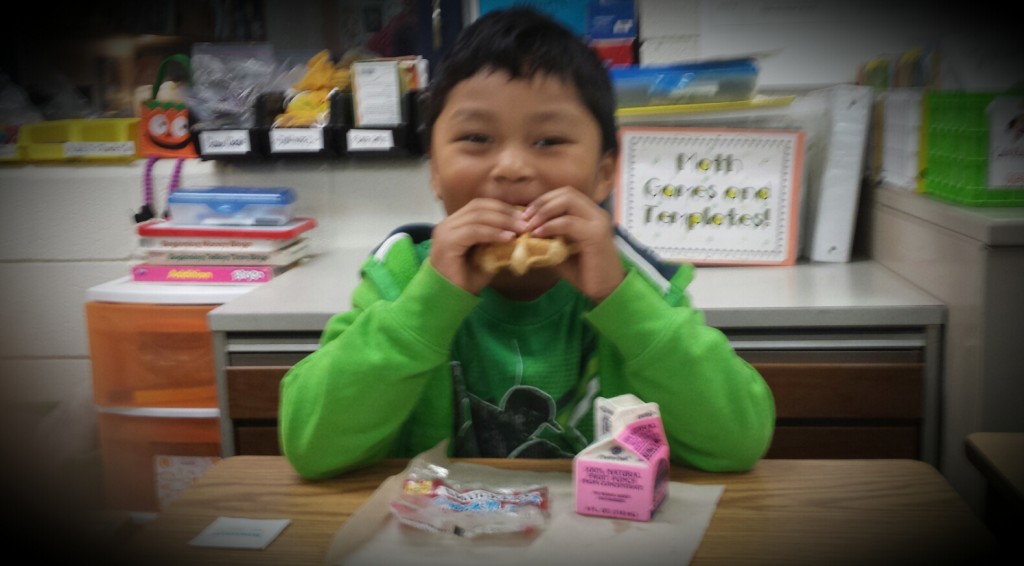 According to Urban, another important factor for breakfast-in-the-classroom success is principal buy-in. “Be sure to have the principal driving the program,” Urban wrote us in November. “The success of the program depends on buy-in from all parties in the building. Develop menus based on student preferences and constantly seek their opinions, and be willing to modify menus as necessary to meet their demands.” The support of the custodial staff is also crucial, which means making sure that your breakfast-in-the-classroom program means less work for them than cleaning up a traditional cafeteria breakfast—and maybe even buy them breakfast, to boot.

Since implementing breakfast-in-the-classroom, Urban says that reports from school administrators indicate improvement in attendance, fewer tardies and behavioral issues, and fewer trips to the school nurse. Urban also calls breakfast a “huge opportunity” to increase revenue, and drive down labor costs. We look forward to catching up with Joe Urban and Greenville County Schools in a few months to learn more about his progress implementing breakfast-in-the-classroom—congratulations Joe, and everyone at Greenville County Schools!

Joe Urban has been working in foodservice for 25 years. During college (1989-1992) Joe was the general manager of a national pizza franchise, and after moving to Central Florida he opened a 1950s-themed diner until 2006. Urban franchised his Kimberly’s Diner concept, and then sold the business in 2006, moving to Greenville, South Carolina in 2007. At the urging of his wife—a lifelong educator, and Greenville County Schools employee—Joe began working as a Food and Nutrition Supervisor with Greenville County Schools in 2007, working his way up to his current position of director. Greenville County School District is the largest in South Carolina, and the 45th largest in the country with over 72,000 students.

Joe oversees the operation of 92 full-service kitchens and ten satellite locations, serving almost ten million meals per year with a $36 million budget; he also directly or indirectly supervises a staff of 750 employees. “Working in school foodservice has been very rewarding to me,” writes Urban. “I have been able to take my commercial foodservice experience, with the help of an amazing team, and we have been able to dramatically improve the quality of food served to children. We have developed a healthy menu program called Culinary Creations that has become a model for other districts in the state, and across the country.”