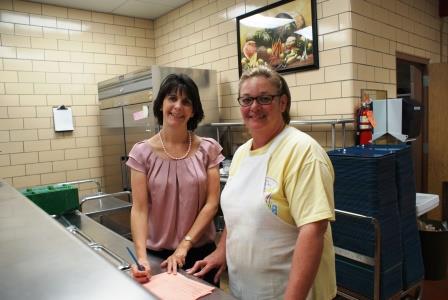 We first met Renee Frederick in June of last year when we announced that she had won the 2013 Winston Industries Equipment Award Grant. At the time, Renee was looking forward to the difference the equipment would make in the kinds of foods she could serve to her students in the Warrior Run School District, in Turbotville, Pennsylvania, noting, “We are now looking at new recipes that previously would not have been supported by our old equipment, as well as increasing the number of scratch prepared items on our menu.”

Fast forward six months, to December 2013, when many of us read the headlines announcing that USDA would be awarding grants to schools specifically for new equipment; grants that are intended to help schools meet nutritional standards and expand student participation.  We’ve all known for some time that new equipment can have a profound, positive impact on a school nutrition program, and it’s exciting to see the awareness growing—along with access to resources. 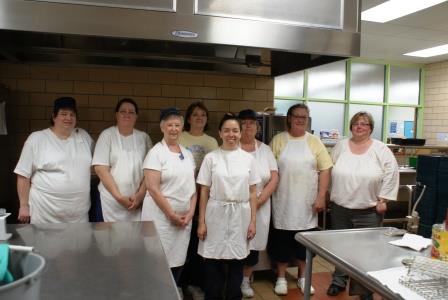 Renee started in her position as Food Services Supervisor in the Warrior Run School District thirteen years ago, after starting her career as a medical dietitian. “I’ve always liked school foodservice! I volunteered in school foodservice in college, and I also volunteered in another district to do nutritional analysis. There is a variety to the job; there is never a dull day!” Not only does Renee work in the Warrior Run School District—she’s an alumnus! Renee is also a graduate of Mansfield University, located about an hour north of Warrior Run.

We recently touched base with Renee to ask her about the difference the Winston Industries Equipment Award Grant has made in her cafeteria. “We had aging kitchens and a limited budget, and I saw [the Winston award] as an opportunity to improve our products and customer service. We can do a bigger volume at once, and we see an improved quality of various products—both scratch, and pre-packaged—and we can keep food hotter. Using Thermalizers with warmers helps with [controlling temperatures].” 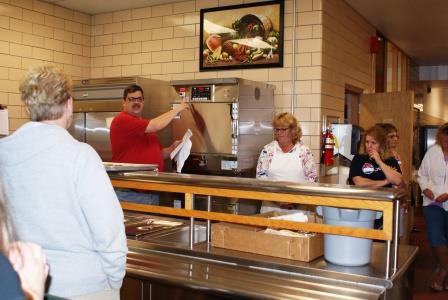 The transition from the old equipment to the new equipment was made easier for the staff by sales representative Tony Martino, who dove right in and helped guide Renee through the process of choosing, installing, and training staff on the new equipment. “My prior experience is in design,” Martino told us, “and I went and met with her as if I were designing her new equipment into the facility. We toured the kitchens, determined what was needed, and chose the equipment that made the most sense for each school.” 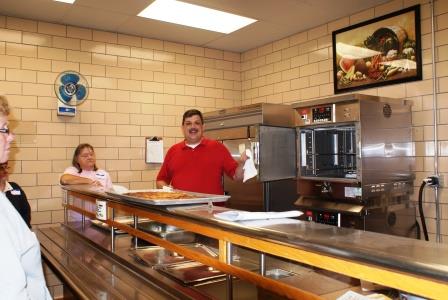 Tony Martino is all smiles for the camera as he gives the staff at Warrior Run SD training on their new Winston Industries equipment.

Renee welcomed Martino’s expertise. “Tony was great! He came in, checked out our kitchens [over the summer] and gave me advice. There were things I thought I needed, but he suggested something else, and we switched,” recalled Renee. “[The equipment] was direct delivered, and Tony came in and trained my staff in just three or four hours. He was wonderful, as is Winston Industries; they gave us a recipe book and ideas from their website, along with forms to keep track of cooking times.” Tony recalls the training process being a simple one. “What really sticks out in my mind is that after I gave them an overview, Renee’s staff really took over and figured it all out; they got the hang of it quickly.”

The application process, said Renee, made everything incredibly simple. “It really was such an easy application process. I know some people will [look at the grant] and think, ‘Oh, some big district will get that—it’s for ten pieces of equipment!’ but no matter the size of your district, you should apply. We’re only 1600 students!” There was one more aspect of the award that convinced Renee to take the time and fill out the application. “There is no free and reduced requirement. In Pennsylvania, our state grants usually require a 50 or 75 percent free and reduced rate to apply, but not for the Winston Industries grant. Once I saw that, and researched the Thermalizer, I knew I had to submit an application.”

Congratulations to Renee, and all of the staff, students, and faculty in the Warrior Run School District!

The application period for SNF scholarships is open! Don’t forget, the Winston Award application period will open in March, but there are several awards to choose from in the meantime, including the Kathleen Stitt Award, ANC First-Timers, and more!

One Response to 2013 Winston Industries Award Grant Winner Renee Frederick: Applying is “A No Brainer!”