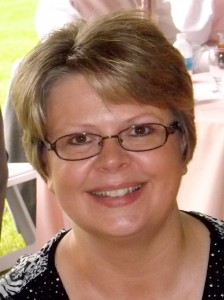 Today Martha Silverthorn is the Director of Food Services for Griffith Public Schools in Griffith, Indiana, but it doesn’t seem like all that long ago that she was applying for her first position in school foodservice—secretary. In truth, the journey from secretary to foodservice director took Martha six years, and she knew early on that to become a director she would need more education.

“I always say I didn’t choose school foodservice, it chose me!” said Martha in a telephone interview, during an infrequent break in her busy schedule. “Twelve years ago I applied for a substitute position, and the director asked me to come in and be one of her secretaries. That was in the fall, and by summer I was running their summer foodservice program.”

Under the mentorship of her new boss, Silverthorn blossomed.

“With her encouragement I then started looking at education, and what I would need to become director someday,” explained Martha. “When I applied for that first [SNF] scholarship I hadn’t actually decided to get a degree yet! I didn’t know if I could handle it—working 50+ hours per week, we had three kids, and we’d just completed a major move from Michigan to Indiana.”

“I did that for a year. I believe that year I got a $500 scholarship from SNA, and I decided to go ahead and pursue my associate’s degree.”

Silverthorn says her enthusiasm for learning and naturally inquisitive nature helped her excel in spite of having so many demands on her time.

“I love to learn—I’m never satisfied being stagnant,” said Martha. She also stresses the importance of having strong mentors along the way in both her educational and professional life.

“I started in Michigan City Area Schools with Kathleen Kane. I moved fairly quickly [from secretary to assistant director] there. She provided me with so much in that mentorship—it’s so important that as directors we also be mentors. Identify those leaders in our midst, and do our best to guide them along into the uncomfortable places, knowing they can handle it. I remember telling [Kathleen Kane], ‘No, I can’t do that!’ and she would insist, ‘Oh yes you can—it will be good for you!’ I’ve tried throughout my director years to find those people I can push along, from cashier to cook, who would be good managers. And I’m eager to find that person to mentor for director.”

“She was a great source of encouragement as a professor, and a mentor,” said Martha. “It took me five years to complete my associates’ degree, but I stayed determined with her help.” Taking one or two classes per semester, Martha also applied for Penn State scholarships to help her offset the cost of attending college—especially helpful when her own son ended up in college at the same time.

“We graduated the same year!” laughed Martha, who relied on her son’s tutoring skills to tackle her very last class—the dreaded algebra course she had been avoiding since first enrolling at Penn State.

“Beth kept saying, ‘You have to get this done!’ but I left it for last. I’m not the only one—I’ve heard from others, math is that big fear when going back [to school],” recalled Silverthorn.

“There was also this one semester I took three classes per semester—I was crazy!—but Beth Egan had put in through Penn State for a scholarship for me I didn’t even know about, so not only did I have SNA’s scholarship money but I had Penn State’s, and I wasn’t going to let it go to waste!” It was a tough year, but determination—and support from her mentors—once again helped Martha push hard to complete the work.

“If you’re determined enough, you can get it done,” said Martha.

Today, Silverthorn is turning her attention to transitioning Griffith Public Schools from contract management back to self-operation. In her new position, she’s drawing on that foundation of inquisitiveness, hard work, and innovation she laid down back in Michigan City in her early days as department secretary.

“It’s a big challenge, but I’m excited! This is a new position for me this year, and when this opportunity came along I wanted to be part of the process, bringing a school district back [to self-op] so that I can teach others and help along the way.” As more districts move back to self-operation, Martha hopes to serve as a resource—and yes, a mentor—to others who find themselves faced with the same challenges. Luckily, said Martha, SNA is there to help support her—and every member.

“Without SNA I could never have gone back to school–raising three kids, I just wouldn’t have been able to,” said Martha. “That’s what membership means—support is always there when you need it.”