“If I were to describe Jody I would use ‘the three Ds’: She is very dynamic, she’s very determined, and she’s disciplined.” – Gertrude Applebaum

When Don Swain from Schwan’s Food Service submitted Jody Houston’s name for consideration for the 2016 School Nutrition Hero Award, he did so because of her outstanding professionalism and her passion for child nutrition.

“The professionalism Jody brings to the business really extends beyond work,” said Don. “Her involvement outside of school nutrition as it relates to students stands out. She is involved in the GPS mentoring program, and she’s volunteered for several years with the Keep Every Youth in School [KEYS] Program. [KEYS] has been increasing the graduation rate and student retention by one to two percent every year—it’s just outstanding. Our shared passion for child development means a lot to me, and beyond that it’s the way she treats me with respect and understanding. She’s capable of managing her business and understanding and respecting the needs of those around her.” 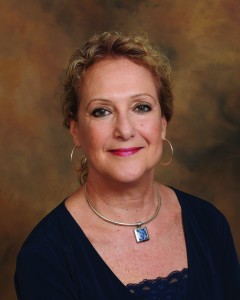 For Jody being a School Nutrition Hero is an honor, and one she feels compelled to share with those around her—specifically her staff, as well as her longtime friend and mentor Gertrude Applebaum.

“Gertrude has been a great mentor and a good friend,” said Jody. “When she interviewed me I had no idea I would even be interested in this field, but I was—and I am!—and I’ve never regretted it. There is a huge variety of things to do and there is always something different [happening]. The people who work in school nutrition are wonderful; they are the kindest, hardest-working people I know. I have always believed that I am representing all the men and women in the profession, but I am very proud to represent the CCISD team as a [School Nutrition] Hero. It’s not me, but a team that does it [every day] and I’m pleased to have this honor and represent them.”

“When I first started, I asked Gertrude the purpose of the association and whether I should even consider it and she insisted I needed to; she listed off [benefits] I have since found to be true. First, education—I’ve learned a lot! Not just in education sessions but socializing at meetings. Next, friendships—I’ve made many long-lasting friendships through the Texas and national SNA. Finally, the leadership positions I’ve had through SNA have given me the opportunity to reach beyond my comfort zone and grow as a leader. SNA just offers a whole lot for the professional.”

While she finds an exact definition of the word “leadership” elusive, Jody’s friend and mentor Gertrude Applebaum believes her protégé’s long and successful career speaks to Jody’s effectiveness as a school nutrition leader.

“What is leadership?” asked Gertrude. “To me, it’s always been a mystery. What are the characteristics of leaders in the past? It’s important to recognize leadership when you see it—in a group, someone will always stand out and Jody is that leader. Honesty and trust—which we lack in today’s world—is so essential, and leaders have to be your support system if you get into trouble. I always ask myself what makes someone a success; Jody is believable, honest, and decent, and to me that’s a leader with influence.”

Thank you to Jody, and our entire class of 2016 School Nutrition Heroes, for sharing your stories with us. We’ll see you all in Washington, D.C.!