Posted on September 8, 2016 by Christina

Several months ago we ran across this story about three women who created a cookbook inspired by, and using the original recipes for, their favorite school lunches from the past. When we posted a link to the story on the SNF Facebook page it turned out to be one of the most popular shares of the entire summer, and we had to find out more. We reached out to the creators of the cookbook, and then sat down with team member Emily Fink to learn how this passion project came to fruition.

Inspiration—and a dash of luck

In 1999, Emily Fink and her classmate Jean Heimann graduated with thirteen other classmates from Dodge High School in Dodge, Nebraska. Today, Fink lives and works in Sioux Falls, South Dakota, just a few hours from her hometown; Heimann lives in Chicago, and works in the food industry. When Heimann and Fink discovered their shared nostalgia for school lunch favorites, inspiration struck.

“A lot of our school lunches were homemade, from scratch,” recalled Fink. “Jean thought there might be a box of recipes sitting in the cafeteria somewhere, collecting dust. I called up a longtime school employee, and she confirmed that the box was still sitting in there, with all of the pots and pans and utensils!” 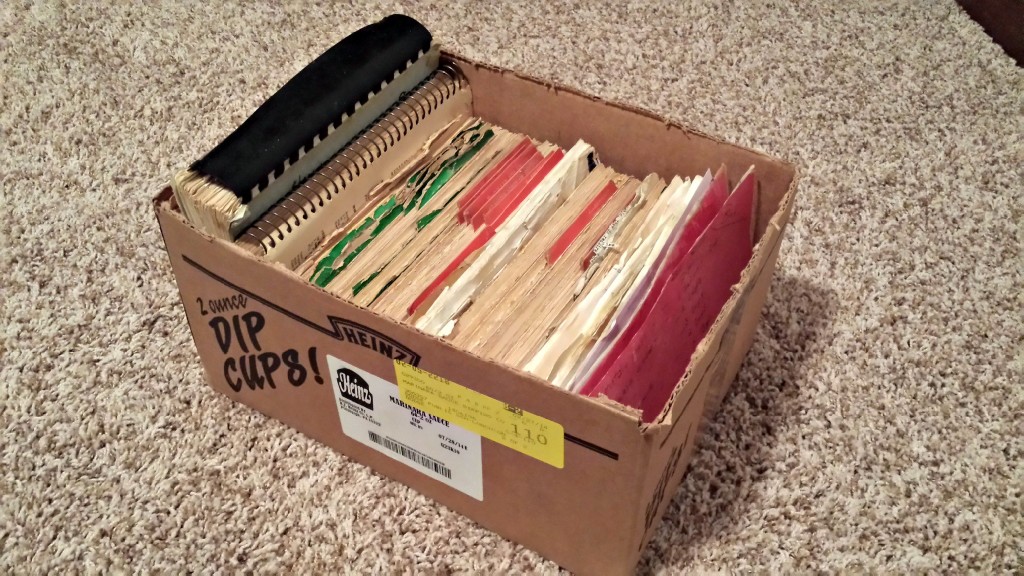 Fink arranged for her mother to intercept the box. When she traveled home for July Fourth weekend in 2015, Fink was overwhelmed to find the box waiting for her.

“I just about fell over!” laughed Fink. “The most-used recipes were so fragile, like something you would find in a museum. The edges were damaged, there were oil spots on some, dried flour on others, pencil markings. And they were all in this beautiful, old-fashioned script. I thought, ‘This is crazy!’”

With recipes in hand, Fink and Heimann got to work. Fink scanned and sent over 300 recipes to Heimann in Chicago, where Heimann narrowed the field down to 25 recipes. After scaling them down to family size, Heimann tested each recipe in her own kitchen. Next, the team asked family and friends to help re-test recipes for the Dodge School Favorites cookbook.

“Writing a recipe is not easy! Everyone’s cooking skill level is different,” said Fink. “We wanted to make sure our testers could find the ingredients and follow the directions we had written.”

The team’s testers filled out online surveys to provide feedback; some recipes didn’t make the cut, leaving the total count for the cookbook at 22 recipes, including chili, peanut butter bars, and bread dough.

“I designed the book myself, and brought Brittany onto our team,” said Fink. “She helps with marketing, the website, and our social media presence, as well as consulting on the business side. We are a three-part team, we’re all equally valuable; we couldn’t do it without any one of us.”

Rolling out the cinnamon rolls, and then some

Once the book was finished, Fink and her partners looked for the perfect opportunity to debut their work. Fink decided that the local community festival in Dodge, Dodge Daze, was the right venue.

“It was really the perfect place to debut this, because there would be a lot of people from our community there,” said Fink. “The reception was insanely, wildly successful.”

A combination of exposure at the festival, social media, and word-of-mouth helped fuel interest in the cookbook. Fink brought 50 copies of the book with her to the festival, as well as samples of one of the most popular recipes—peanut butter bars topped with almond, rather than chocolate—and was shocked by the response. The books sold out quickly, and the crowd loved their version of the peanut butter bars.

“I wish I could have videotaped their reactions and turned it into a GIF!” laughed Fink. “More than one person took a bite of the sample and had—let’s call it a very strong emotional response. People had tried to replicate the recipe but couldn’t, and we got it right.”

In addition to peanut butter bars, the cookbook features recipes for “Chili for a Crowd,” Sloppy Joes, and bread dough. The bread dough recipe was used to create many school lunch dishes, from the buns for Sloppy Joes and other sandwiches, to the student-favorite cinnamon rolls. Fink says she wasn’t surprised that people her age were interested in owning a copy of Dodge School Favorites, but she was surprised to discover that kids were clamoring for their own copy.

“I know kids, teenagers, who want their own copy of the book for that peanut butter bar recipe,” said Fink. “Their mom is ordering one, but the kids want their own—it’s amazing!”

Another positive reaction came from former Dodge Schools cafeteria manager Coletta Widhelm. Widhelm worked in Dodge schools for thirty years, and heard about the cookbook via word-of-mouth. When we spoke with Widhelm by phone, she recalled her years in the school cafeteria, and her students, fondly.

“A lot of things have changed, but I do miss it. I’m familiar with all of the recipes in the book, and I was happy about the cookbook because so many students asked for the recipes.” 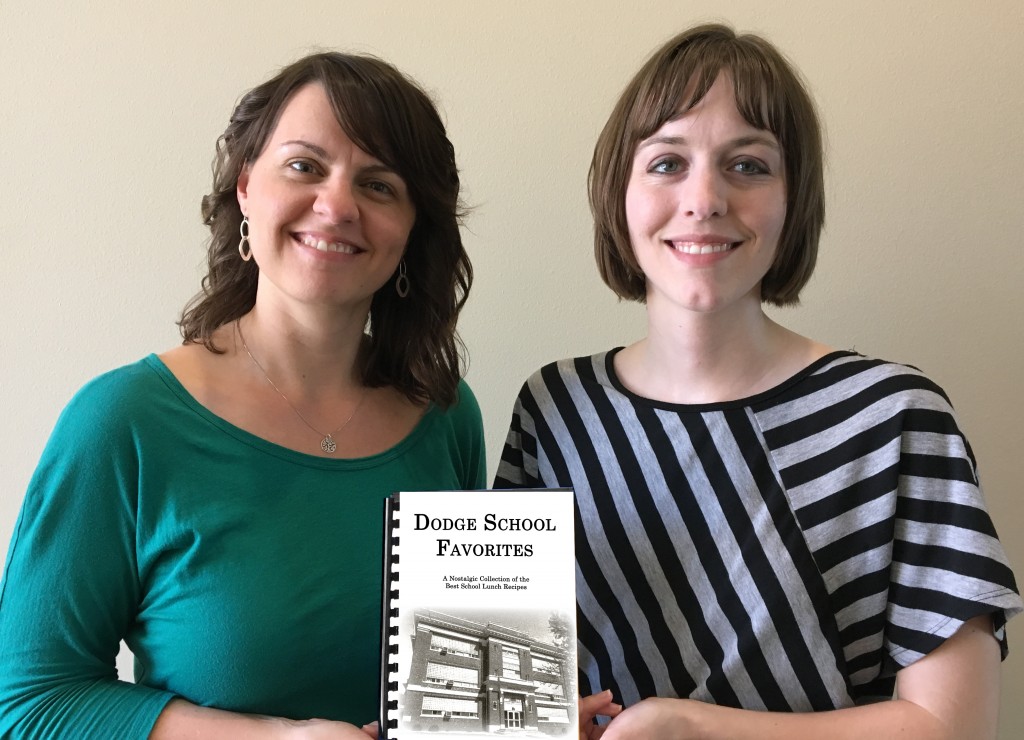 You can learn more about the Dodge School Favorites cookbook by visiting their website and Facebook page. Copies cost $15 each, and take about 7-14 days for delivery. Going forward, Fink and her colleagues would like to replicate their success for other schools that may be interested in codifying their favorite recipes into a home cookbook.