Our ANC 2015 experience was a truly rewarding one. Salt Lake City is incredibly beautiful and the people so friendly—many thanks to the Utah SNA for being wonderful, wonderful hosts.

The School Nutrition Foundation booth was located directly across from registration and the SNA PAC booth and the Emporium—talk about great seats! We were able to connect with so many of you as you registered, explored the great shopping in the Emporium, and stopped by the PAC booth to make a donation. We know how busy you were during the conference, and we’re very grateful to those who gave us a few moments to learn more about the Annual Fund, Partners for Breakfast in the Classroom, and other funding and scholarship opportunities available through SNA/SNF. We sat down with SNF’s Director of Development to share some of the high points of SNF’s week in Utah. 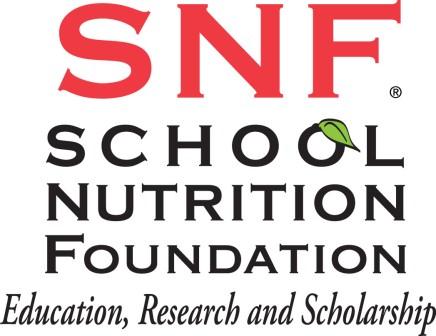 Beyond Breakfast: Let’s start with having SNA member-volunteers staffing the SNF booth—how did that go?

Janet Hedrick: It was fantastic! We had 48 volunteers over the course of the conference, and I think staffing the booth helped them learn more about the Foundation through telling our story to others. It was a great group, and I was thrilled that so many offered their time. Seeing members more fully grasp what the Foundation does in real terms—talking about the number of scholarships we’ve awarded, the number of schools involved with Partners for Breakfast in the Classroom—that was really fun.

BB: And some of our 2014 School Nutrition Heroes were on hand as well, correct?

JH: Yes! Having some of our Heroes at the booth was also a really fun way to engage members. The volunteers really made a difference—we raised well over $3000 [at ANC]. A few companies also made gifts leading up to ANC, and increased their gifts from the previous year, so we raised well over $4000 overall.

In addition to our heroes, volunteers included past donors, members in leadership, people on committees; folks had their friends stop by or come along with them, and it was really a wonderful and exciting experience.

BB: We heard a lot of bell ringing from the direction of the SNF booth—what was that about?

JH: While we were gathering donations a few folks suggested it would be fun to have a bell to ring when people made donations. Well, one of our volunteers went out to get one, and that’s just what we did! People really enjoyed doing that, as well as writing their names up on our easel—people love to see their names, and folks were taking pictures next to their name on the board.

There was a new excitement and energy this year. What I found most interesting was SNA members taking ownership of the Annual Fund. At ANC 2014 I had a few volunteers at the booth—board members and past presidents—and that gave me the glimmer of the idea to expand the volunteerism this year. This year it was all about them, and I stayed in the background for support but they took charge and it was wonderful.

BB: Now the year-long Annual Fund statewide competition is on—any suggestions for our state organizations as they vie for the Number One spot?

JH: People [at ANC] were also really excited about our state competition, and there are resources available online for the states to help them in their efforts. I recommend using things like the bell, having folks sign their name on a big board, or even simply having someone hold a sign that says “Annual Fund”—it’s about getting people engaged! I think we had almost as many donors at ANC as we had all last year.

JH: This year’s conference was a sort of sensory immersion—tastes, smells, sounds, visuals—and there was just lots of positive energy everywhere. We are going to take that energy and move it forward to continue to build on our success in raising money for the Annual Fund, and using that to help our members achieve success through education, scholarship, and research.

To learn more about the Annual Fund, and to make your donation, click here. Your donation helps school nutrition professionals acquire the skills, knowledge, and insight they need to pursue and achieve their educational and professional goals.