When we approached Mendez Middle School to start our day observing breakfast-in-the-classroom, a few students were already gathered outside the front door, chatting quietly and sharing screen time on phones and tablets. As we waited to gain entry into the cafeteria, two of the students said hello, and a brief chat ensued; both agreed that they liked breakfast-in-the-classroom, citing ‘kolaches’ and ‘cereal’ as favorite entrees, but one young man insisted there was room for improvement.

“Belgian waffles with whipped cream!” he said. “That would make it perfect.”

(The particulars of reimbursable breakfast aside, it’s hard to argue with that young man’s logic—Belgian waffles and whipped cream are pretty wonderful.) 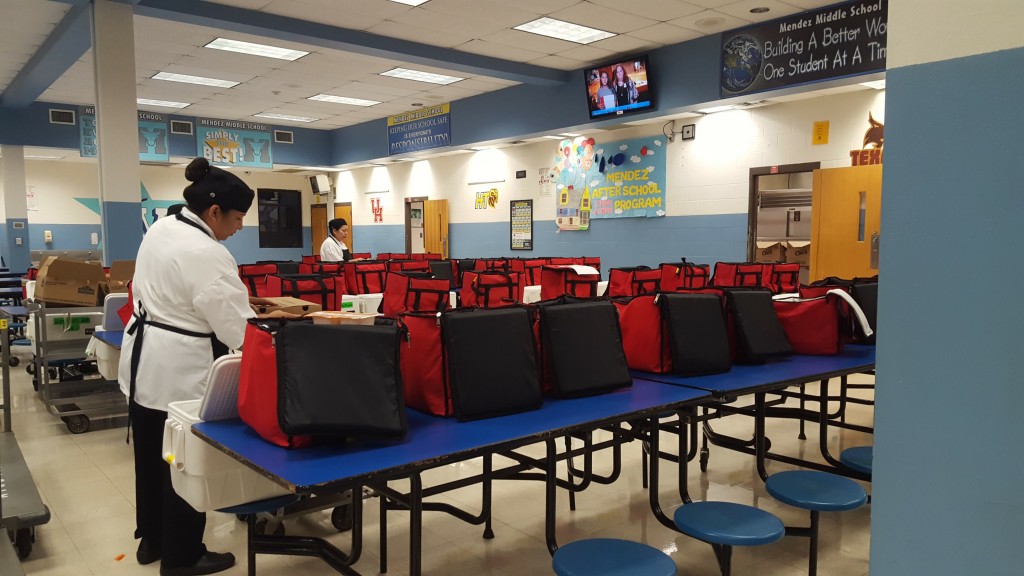 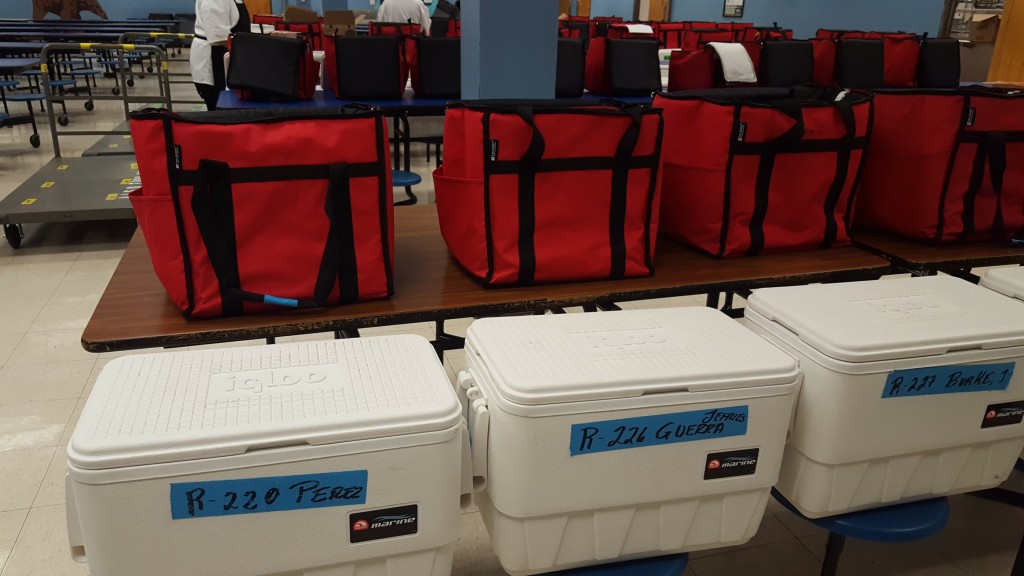 Like the previous day at Pickle Elementary, the cafeteria staff at Mendez was already at work setting up and packing breakfast when we arrived. As Mendez’s cafeteria manager Josefina Sanchez walked us through the operation we were joined by AISD Food Service Area Supervisor Linley Danner, Food Services Director Anneliese Bradley, and marketing specialist Lindsey Bradley. Anneliese calls Sanchez, who has been manager at Mendez for nine years, one of her “superstars”.

“We used to have more kids than we have right now, so when they brought me the idea about [BIC] I was nervous,” said Sanchez. “But then I went to see the program at Langford [Elementary] and it wasn’t as bad as I thought! Actually, they made it look easy. We did it last year for a six or eight week [pilot], and it went fine. Now I really like it.”

There were growing pains in the early stages, said Sanchez—students missed favorites (like a chicken patty) from the old line menu, and teachers were a bit nervous about losing instructional time—but the program was quickly accepted. Sanchez and her staff are serving about 450 breakfasts a day now (out of 670 students), almost double her previous numbers.

“On a good day we would do maybe 240—if it was raining or something—but the kids wanted to stay outside and have a good time with their friends,” explained Sanchez. “We make some changes to the menu the kids like”—[ed. note: you guessed it, those kolaches again!]—“and now we do 450 a day, 500 on a good day.” Fan favorites at Mendez include watermelon, which some of the staff was cutting by hand while others finished packing breakfast for classroom delivery. 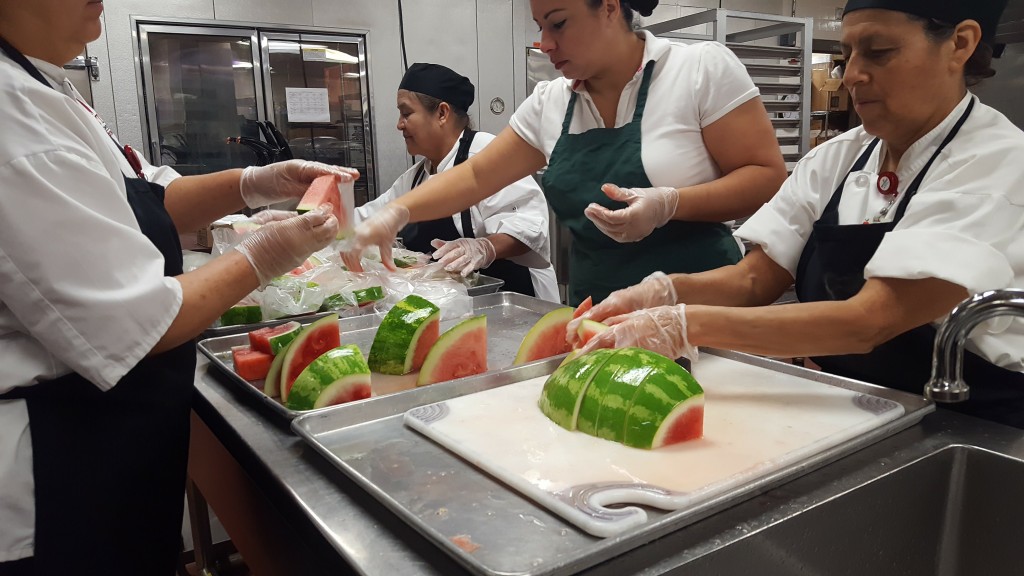 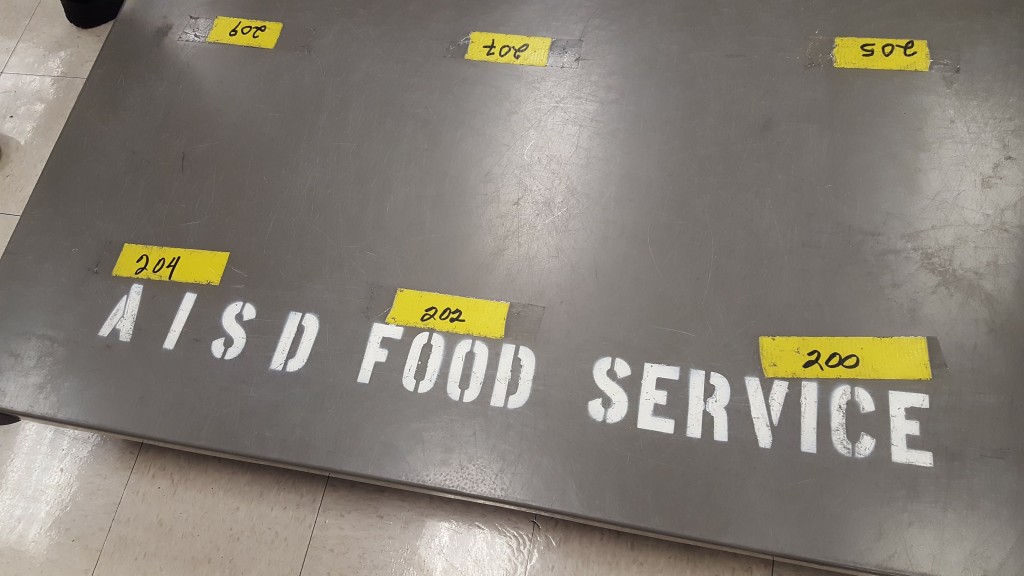 “Each hallway or ‘pod’ is color-coded, so it’s a little bit easier for them when they are pulling the coolers,” explained Anneliese. “That way they all stay together, since they look exactly the same! We looked hard for different-colored bags, but they do not exist, and we couldn’t get anyone to make them for us. Everyone packs their own pods, and that helps keep everything organized.”

Once all deliveries are loaded onto carts, Sanchez’s staff distributes breakfast throughout hallways in several different buildings. In order to deliver breakfast to classrooms on the second floor, carts must be taken up one at a time via an elevator in the main lobby outside the cafeteria; it takes about a minute for the elevator to make each round trip, and then breakfast continues on its way to the classroom. 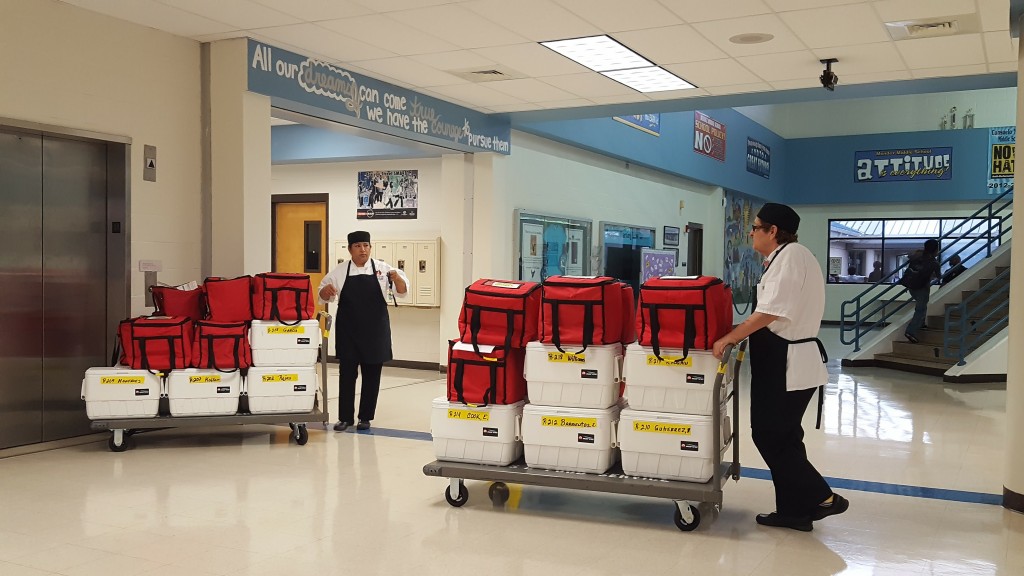 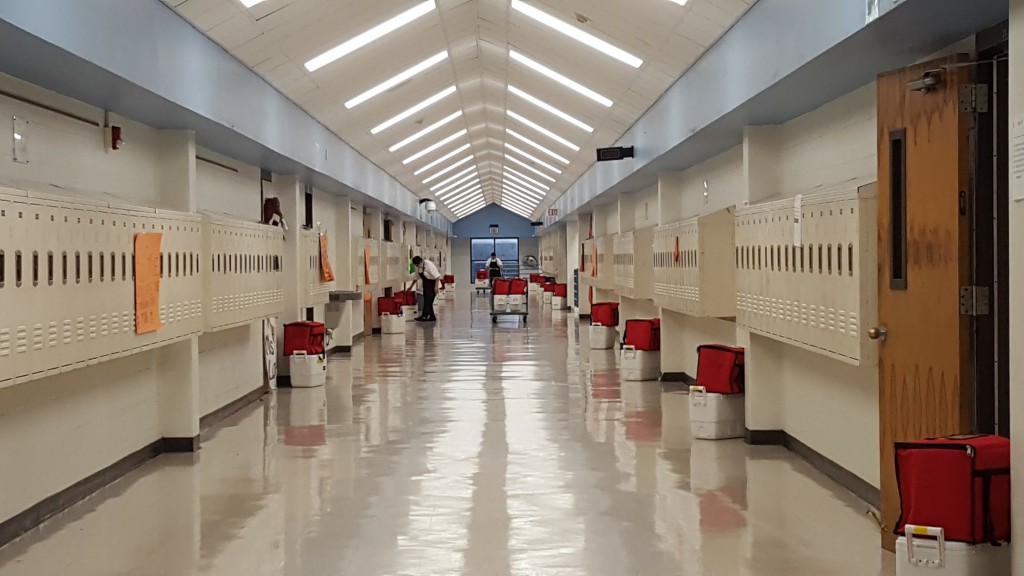 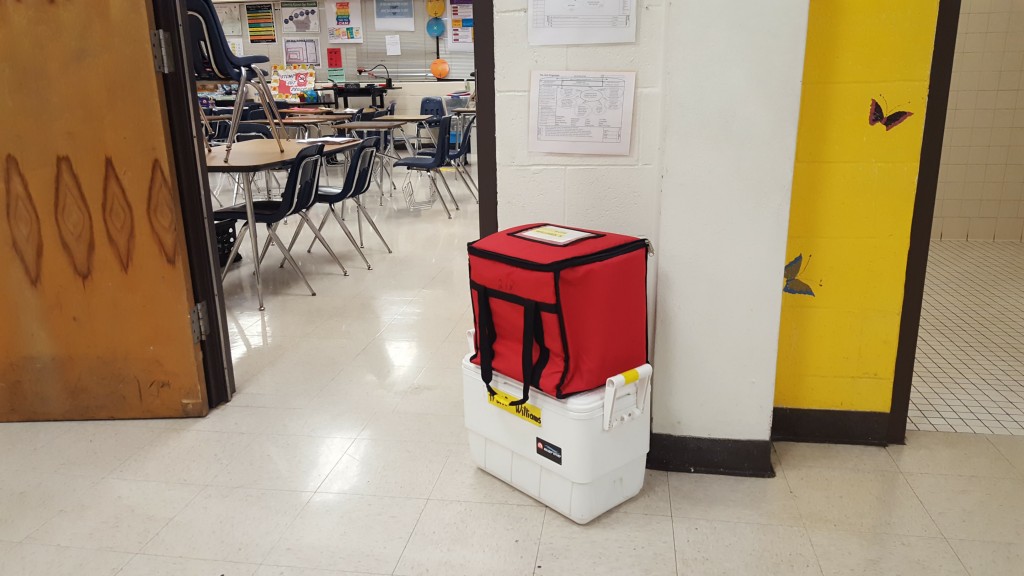 As students streamed toward their classrooms, our group returned briefly to the cafeteria. Sanchez’s staff was already at work in the kitchen preparing for lunch, but before we left for the day she wanted us to see another custom BIC solution from AISD—foam inserts to transport smoothie/parfait cups in the red, soft-sided insulated delivery bags.

“These so good, don’t go before you see them,” said Sanchez, leading me back into the recesses of her school kitchen. Stacked against a back wall with other equipment, the foam squares fit snugly in the soft-sided bags and hold nine cups each—direct delivery without the mess. 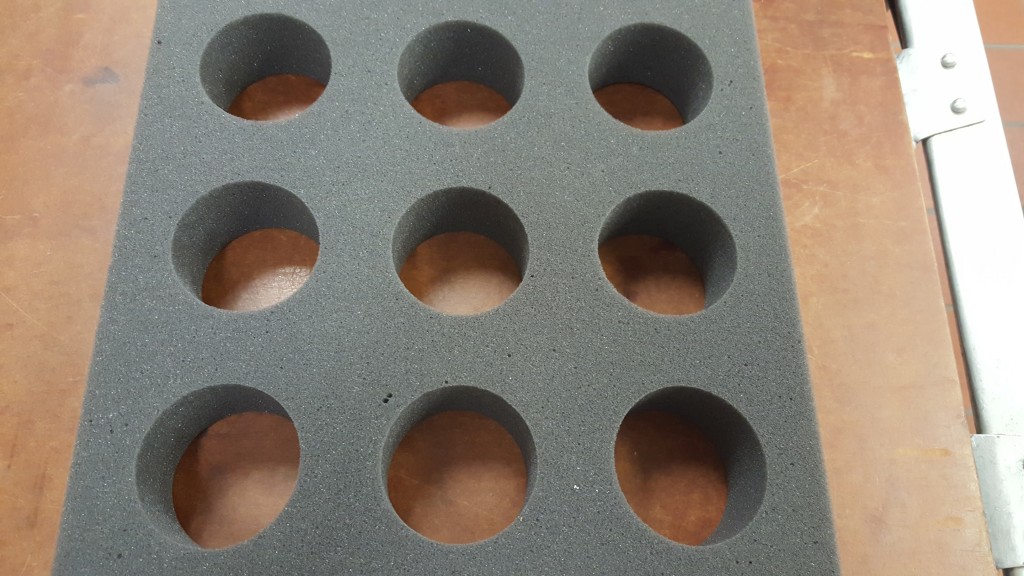 We had one final stop to make before our morning at Mendez was complete—a brief chat with principal Kathy Ryan, who was in the main lobby greeting students and staff at the top of the day. The program was already in place when Ryan came to Mendez, but she says she encountered it previously as a teacher—and admits she’s a convert.

“I was a teacher in the valley when we did BIC, and as a teacher—I have to admit—I was kind of a naysayer,” laughed Ryan. “I was kind of a control freak and I had all of those common fears about syrup all over the desk and spilled milk. But of course, you know that didn’t happen. The kids were very respectful, and they were appreciative. Some kids, they won’t go to the cafeteria for whatever reason—the stigma, or they want to be with their friends, or whatever—but when it’s available to them in the classroom, they’ll eat it.”

Don’t miss Part One of our visit to Austin—a stop at J.J. “Jake” Pickle Elementary. Don’t forget to follow Austin Independent School District—and AISD’s Nutrition & Food Services—on Facebook and Twitter! (Here are the links for the foodservice department’s Facebook and Twitter accounts, too!) Many thanks to everyone at AISD for their hospitality—we had a wonderful time!

Share:
This entry was posted in breakfast, Partners for BIC, school breakfast, Spotlight. Bookmark the permalink.