Creative Stakeholder Engagement for Breakfast in the Classroom Success

Donna Martin (Ed.S, RD, LD, SNS) is an active SNA member, and recently completed a three-year term on the School Nutrition Foundation’s Board of Directors. In February 2016, the Academy of Nutrition and Dietetics announced that Martin was selected to serve as president-elect of their Board of Directors, including a year as president of the Academy. As Director of School Nutrition for Burke County Public Schools, Martin has long been a champion for breakfast-in-the-classroom. We sat down to talk about BIC with Martin in July, just before ANC 2016 in San Antonio. This is Part Two of our two-part series based on that interview—click to read Part One.

Once Donna Martin found a home for breakfast-in-the-classroom in a pre-K program, it was time to grow the program and expand it to other grades. Leveraging her success with the younger students, Martin sought support to grow BIC in Burke County schools.

“I knew I wanted to get BIC into the elementary schools, and my strategy to keep it going was to approach another principal,” recalled Martin. However when she met with the next principal, he wasn’t sold on BIC—so Martin got creative and appealed to his sense of professional pride.

“I just told him, ‘I hear the superintendent is really, really supportive of this program!’” laughed Martin. “Maybe that was a little fib, but I suggested to him that doing breakfast-in-the-classroom would show a lot of leadership skills and guess what? It worked!”

One by one, Martin was able to convince her schools’ principals to give breakfast-in-the-classroom a shot—even her final holdout, who said he would never even consider BIC, came around. 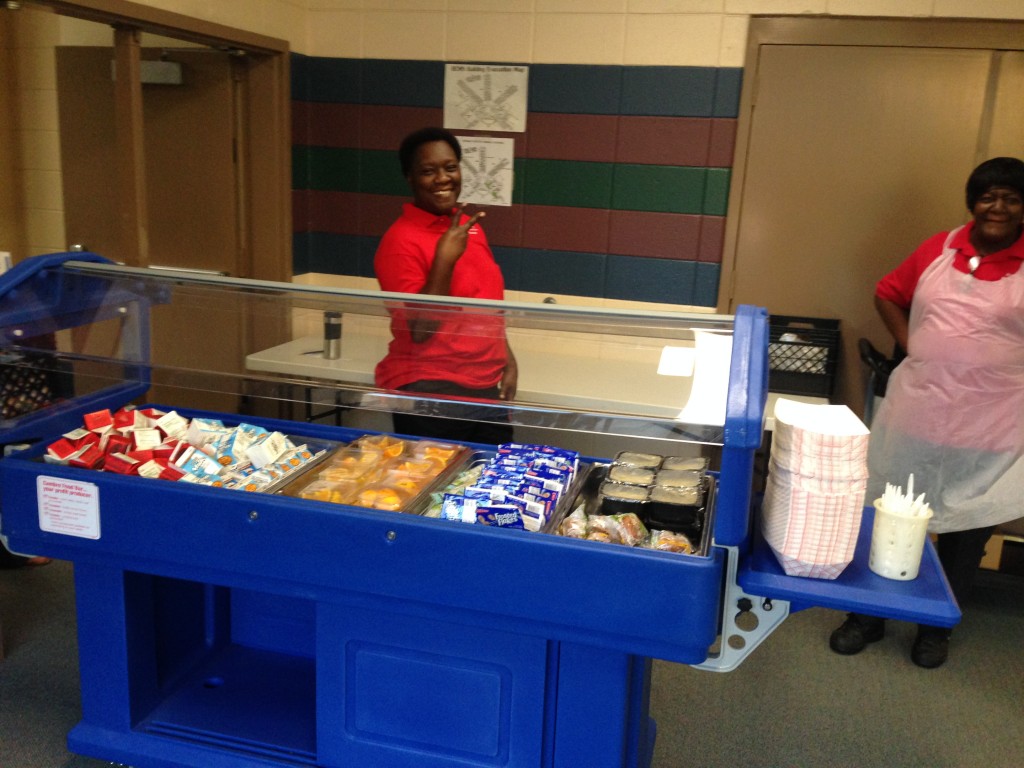 Within a week Martin says that principal had implemented a BIC program at his school, which meant all of her elementary schools were now serving breakfast in the classroom. Then it was time to get the middle and high schools on board. It took a lot of talking and convincing, but eventually she swayed the high school principal by underscoring the disciplinary benefits of serving breakfast in the classroom.

“I had been pitching Grab-n-Go, and after some fights at the high school I presented it to the principal as, ‘Look, if you had Grab-n-Go you wouldn’t have all of these fights.’ Look at every single situation and find out what will keep that principal’s interest—he did it for security reasons—and that’s how you can convince them.”

Martin took a similar approach at the middle school, where her principal was open to BIC during standardized testing but hesitant about the program running year-round.

“I asked her, ‘’Why do kids only need to eat breakfast during testing? If you think it helps now, you should see what it does for them the rest of the year!’” said Martin. “I also pointed out that getting the kids ready to do Grab-n-Go at the high school was in line with her goal to get the kids ready for high school in general—changing classes, more responsibility; eventually we were able to do Grab-n-Go at the middle and the high schools.”

Of course once you convince the principals, it’s time to win over the teachers, and that can be a challenge.

“I would say about 95 percent of the teachers love it,” said Martin. “We allow teachers and para-professionals to eat for free, and that’s something I highly recommend. If you want the kids to eat, the kids need to see the teachers eating the food. You also get buy-in with the teachers, and they are much more supportive of the program.”

Another best practice Martin recommends is to listen to teachers’ concerns, and provide them with the tools and supplies they need to feel comfortable handling breakfast in their classrooms.

It’s also important to keep the kids interested and excited about breakfast-in-the-classroom, which means paying attention to their preferences and being creative with menu options. 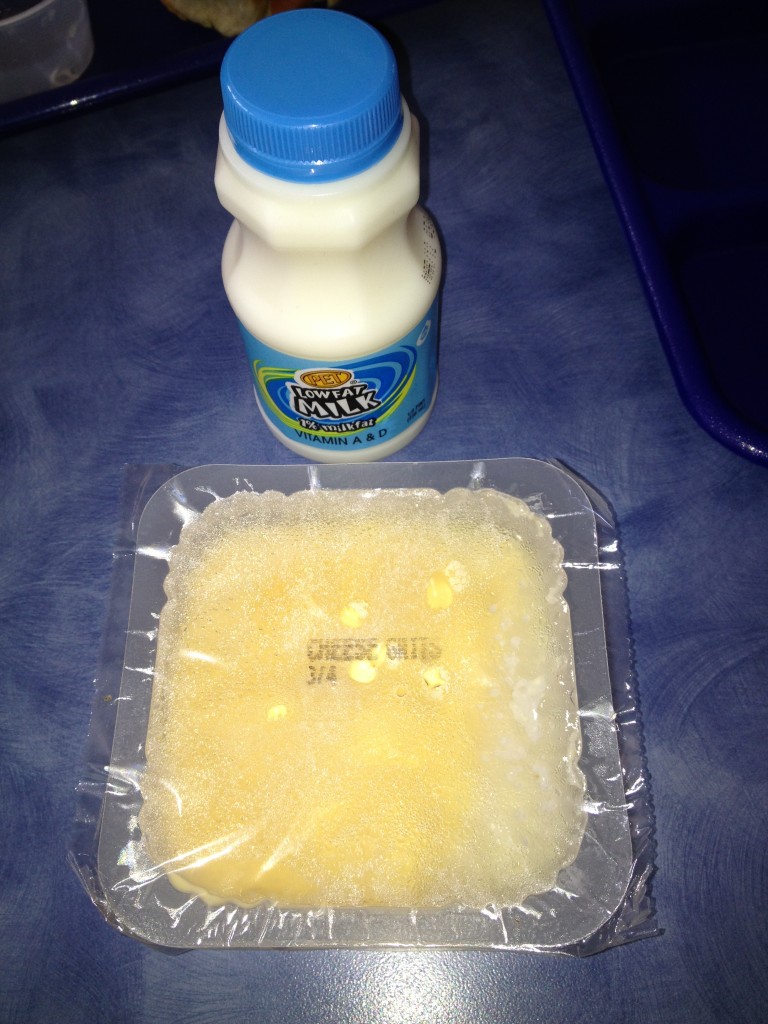 “One of the best things I ever did was figure out cheese grits,” laughed Martin. “The teachers and staff kept telling me the kids wanted cheese grits. I talked to vendors about coming up with cheese grits we could re-Therm[alize] and serve.”

Working with vendors, Martin tested and sampled cheese grits until she found the right recipe. The kids loved them and she was ready to buy 4000-5000 servings every couple of weeks, but the vendor was having trouble filling such a large order. Martin was determined to keep the ever-popular dish on the menu.

“I got a letter from the state telling me I had too much money in my bank account—that’s a good problem to have, isn’t it?—so I solved it by going out and buying a packaging machine. You know that episode of I Love Lucy where she works in the chocolate factory? I have one of those machines, but it squirts the grits into a container and seals them up! It’s our students’ absolute favorite thing. On a cold, rainy day, there is nothing better than coming to school and having a big bowl of warm cheese grits waiting. 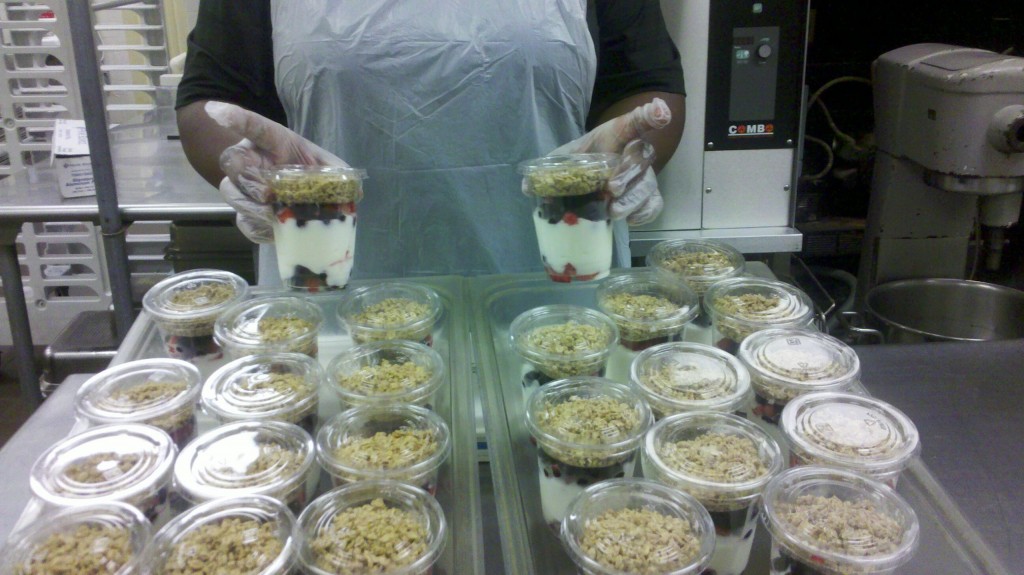 “They do get tired of the menu, so I’m always looking for something new,” Martin continued. “When I go to shows, I’m always looking for breakfast items. We’ve added yogurt, string cheese, granola—that’s one of their favorites, the yogurt and granola. At the middle and high schools we added smoothies and yogurt parfaits and those are very popular. We take our big vertical mixer and we can make 60-75 smoothies in there at a time. It’s the only way to do it.”

By taking a slow-and-steady approach, and methodically addressing stakeholders’ concerns, Donna Martin was able to not only implement breakfast-in-the-classroom, she built a successful and sustainable program with strong buy-in from stakeholders at every level.

“It took me years to get everyone on board, but we’ve being doing breakfast-in-the-classroom for ten or twelve years now and honestly, I don’t think I could drag it out of the schools,” said Martin. “They all love it so much.”