Donna Martin (Ed.S, RD, LD, SNS) is an active SNA member, and recently completed a three-year term on the School Nutrition Foundation’s Board of Directors. In February 2016, the Academy of Nutrition and Dietetics announced that Martin was selected to serve as president-elect of their Board of Directors, including a year as president of the Academy. As Director of School Nutrition for Burke County Public Schools, Martin has long been a champion for breakfast-in-the-classroom. We sat down to talk about BIC with Martin in July, just before ANC 2016 in San Antonio. This is Part One of our two-part series based on that interview—check back next week for Part Two! 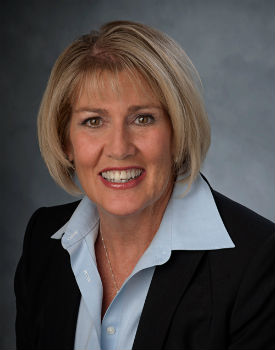 “Breakfast is something I love to talk about!” said Donna Martin. “When people ask, I tell them my job is about problem-solving. School nutrition is constantly changing, constantly improving, and breakfast is a great example of that. When I came here they were serving cereal, and principals’ attitudes were, ‘If they’re hungry, they’ll eat cereal and if they’re not hungry, they won’t eat it.’”

When Martin first came to Burke County about fifteen years ago, she knew that serving cereal wasn’t going to cut it for her students, so one of the first changes she made was to add a full complement of hot items to the breakfast menu. The expanded menu was a good start but it wasn’t enough, said Martin; she had breakfast-in-the-classroom on the brain from the very beginning.

“My idea immediately when I came to [Burke County] was to do breakfast-in-the-classroom—that was my goal! I knew that was the ultimate way to serve breakfast, but I couldn’t get [principals] interested.”

Eventually an opportunity presented itself when a principal approached Martin with a logistical problem: a large number of his students wanted to eat breakfast but the cafeteria lines were too long in the morning, which meant a crowded cafeteria and students arriving late to class. Martin immediately suggested a breakfast-in-the-classroom program.

“He said, ‘No, no, no!’ but I sent him a bunch of information—articles on BIC and how it improved test scores, solved tardy problems, things like that. I had him call another principal in a primary school with BIC, and this principal—a long way away down in southern Georgia—he said BIC is the best thing since ice cream!”

That kind of peer-to-peer connection is a key “best practice” for breakfast-in-the-classroom stakeholder engagement, said Martin. After talking to another principal with BIC experience, Martin’s principal was comfortable enough to embark on a pilot BIC program for pre-K students. The reasoning was that students that young (four years old) aren’t as comfortable going to the cafeteria alone in the morning, making them the perfect target group for a BIC trial run.

“We had carts that went to the classroom, and ice buckets where we kept the milk and juice and fruit,” recalled Martin. “One thing that principal didn’t want was cereal, so we didn’t do cereal. That’s another thing I tell people about breakfast-in-the-classroom—whatever the principal wants, do it; whatever they don’t want, don’t do it. That principal wanted hot food and did not want cereal, so we did hot food and we didn’t do cereal. I knew down the road they would want cereal because kids love it, but in the beginning, no matter what they asked for, I did it.”

Martin learned early on that she would have to be proactive and persistent with vendors to keep her menu varied and interesting to the students, especially when cereal was not an option.

“I was out there talking to vendors at foodservice shows, scouring for what we could serve for breakfast,” she recalled. “I had an idea for cheeseburger sliders for breakfast and I got a vendor to do it for me, and they were a huge hit. They did ham biscuit sliders, too. I kept coming up with ideas and pitching them, and eventually I would need 4000 servings for breakfast-in-the-classroom. If you can promise vendors that every couple of weeks you’ll need 4000 servings of something, they will do it for you!”

During that first week of the BIC pilot program Martin said her cafeteria manager would call and report that things were “fine”, but Martin was nervous about checking in with the principal. What if he didn’t like the program? She waited until the second week and went to visit.

“I finally went over and he said, ‘Oh my gosh—I love it! You cannot take this program away, and I want to expand it to other grades,’” said Martin. That principal—the same one who said “No, no, no!” to breakfast-in-the-classroom”—was thrilled with the results after just two weeks.

“What he loved about breakfast-in-the-classroom was that teachers had time to socialize with the kids,” said Martin. “They find out mom and dad are fighting, or dad is gone, and they didn’t have time for that before.” With that small amount of extra one-on-one time, breakfast-in-the-classroom offered teachers the chance to better connect with—and understand—their students, something that translated into a healthier classroom environment.

Stay tuned to Beyond Breakfast for Part Two of our interview with Burke County Public Schools’ Nutrition Director and Academy of Nutrition and Dietetics president-elect Donna Martin, to find out how teachers reacted to breakfast-in-the-classroom as the program was expanded district-wide, and some student-favorite school breakfast menu items.