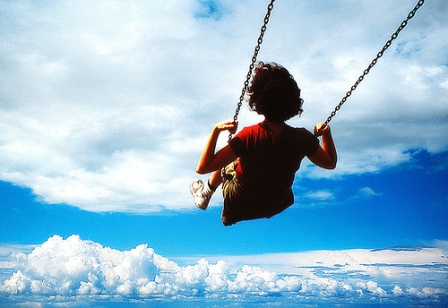 Does your community have a summer food program?

Last fall I wrote about what happens during school holidays and snow days for students who receive most—or all—of their meals at school. American schools are letting out for summer: the longest extended period of the year in which children are not attending school. I have been thinking lately about the kids who rely on school meals for their nutritional needs, so I was disturbed when I received the following email the other day. The subject of the email: “New Report: Participation in Summer Nutrition Programs Continues Downward Trend.” Read on for the complete contents of the email:

Washington, D.C. – June 7, 2011 – Participation in the Summer Nutrition Programs continued to erode in summer 2010 as recession-driven cuts in summer schools and youth programs led to fewer sites that could offer summer meals. Since July 2008, total participation nationwide in the Summer Nutrition Programs has dropped by 90,000 children, according to Hunger Doesn’t Take a Vacation (pdf), an analysis by the Food Research and Action Center (FRAC).

FRAC measures how well the Summer Nutrition Programs are reaching children in need by comparing the number of low-income children receiving summer meals to those receiving free and reduced-price school meals during the normal school year. In July 2010, only 15 children received Summer Nutrition for every 100 low-income students who received lunch on an average day in the 2009-2010 school year, a significant decrease from 2009’s ratio of 16:100.

Continuing fallout from the Great Recession contributed to the worsening reach of summer food. While more children used the regular school year food programs, budget cuts in many states caused school districts to eliminate or reduce their summer programs. The decrease in programs where food can be served makes it more difficult for the Summer Nutrition Programs to respond to children’s need.

“While participation in other federal nutrition programs grew rapidly because of the recession, participation in the Summer Nutrition Programs continued to slide. It’s time to reverse this trend. This is a time for action,” said Jim Weill, president of the Food Research and Action Center.

The report noted that some states managed to increase participation in summer meals. Arizona led the way with a 44.6 percent increase in the number of children from July 2009 to July 2010. Arkansas (36.5 percent), Utah (23.9 percent), Wyoming (17.6 percent) and Tennessee (14.9 percent) also had large increases in participation.

“Several states managed to increase participation, demonstrating that there are inherent programmatic strengths on which states can build,” said Crystal FitzSimons, FRAC’s director of school and out-of-school-time programs.

Action Needed to Feed Hungry Children in the Summer
In the report, FRAC outlined a series of opportunities at the federal, state, and local level to improve participation in the Summer Nutrition Programs:

“The Summer Nutrition Programs are a vital part of our nation’s nutrition safety net. There is a foundation on which we can build and which we cannot afford to weaken further,” said FitzSimons. “It’s not too late to make a difference for this summer and for the next.”

The Summer Nutrition Programs, which include the Summer Food Service Program and the National School Lunch Program, should be filling the food gap for low-income children who rely on school breakfast and lunch during the school year to help keep hunger at bay. Through these programs, children (ages 18 and under) can receive free meals at participating summer sites at schools, parks, other public agencies, and nonprofits.

About the report: The Food Research and Action Center’s annual summer report, Hunger Doesn’t Take a Vacation, gives data for all states and looks at national trends. The report measures participation in the Summer Nutrition Programs by comparing the number of children receiving summer meals to the number of children receiving school lunch during the regular school year. FRAC measures national summer participation during the month of July, when typically all children are out of school throughout the month and lose access to regular year school meals. The report is available online at www.frac.org.

The Food Research and Action Center (FRAC) is the lead advocacy organization working to end hunger in America through stronger public policies. For more information, visit www.frac.org. Find us on Facebook at facebook.com/foodresearchandactioncenter or follow us on Twitter at twitter.com/fractweets.

Share:
This entry was posted in federal, food insecure, in the news. Bookmark the permalink.