Recipe for Success: From Seed to Plate (and Beyond!) 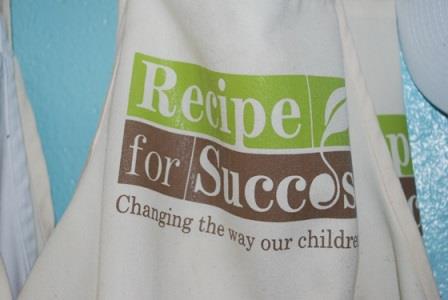 Last December we got in touch with the folks at Recipe for Success Foundation, in an effort to learn more about their work to reduce childhood obesity. Founded in 2005 by Gracie Cavnar and her husband Bob, RFS is quite literally putting children in touch with their food, through school gardens, nutrition education, and hands-on cooking classes, led by some of Houston’s top celebrity chefs. We were thrilled when Jenna White, Communications Coordinator for Recipe for Success, contacted us and invited us to observe garden and cooking classes at Recipe for Success’s flagship school, MacGregor Elementary.

Our first stop was the school garden, and on the way we met Justin Myers, the RFS Garden Coordinator at MacGregor Elementary. Bringing the kids food awareness, and getting them outside, are what Justin loves best about his job. “City kids might not think there is much nature here in Houston,” he explained, “but there really is, and we seek it out.” Justin’s approach is creative and compassionate, as he helps guide kids toward a better understanding of nature; for example, since April is both Poetry and Garden Month, last year Justin held a haiku contest for students to help them celebrate both. The idea, said Justin, is to get the kids comfortable and to fire up the kids’ natural instincts, as “the repeated exposure breeds a comfort and recognition; the vibration of nature is inside of them, and we break through the ideas about ‘dirty is bad’ or ‘spiders are scary’ and then the kids get more adventurous.” 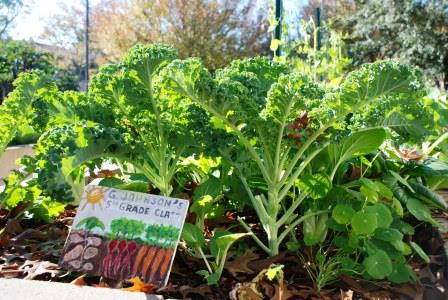 The climate here in Houston means school gardens almost always have something delicious to offer. Individual garden beds were marked to identify the class to which it belongs. 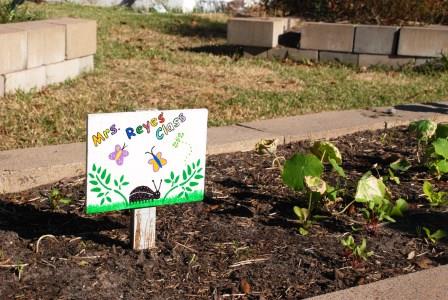 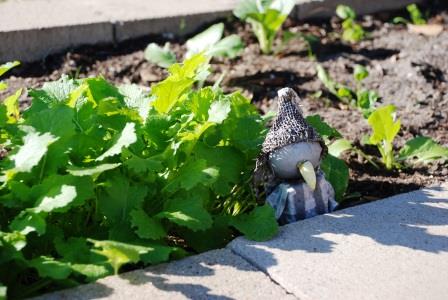 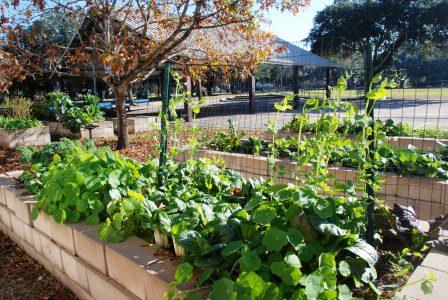 After a brief tour of the garden, we then moved on to the kitchen classroom, where RFS Seed-to-Plate Nutrition Instructor Alyssa Dole was prepping for the arrival of Mrs. Bell’s fourth grade class. “I come from a culinary and catering background,” Alyssa told us as she set up the students’ work stations, and prepped her own. Dole began as a volunteer, but now enjoys spending her time in the kitchen alongside the kids. “Seeing the same kids three years in a row, watching them retain that information and grow, that’s exciting and rewarding,” said Alyssa. She teaches three classes per week; each class has one garden and one chef/cooking instruction session per month. Recipe for Success classes are a mixture of instruction and lessons; kids not only taste food, but learn how to describe it. “Our kids take a pledge to be ‘Food Adventurers’,” said Alyssa. “Part of that pledge is not to use words like “ew” or “gross,” and instead accurately describe the tastes they experience, and what they do or do not find pleasant about them.” 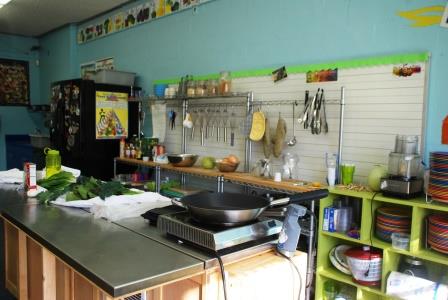 Miss Alyssa’s work station is set up. Today’s dish is a Quinoa Scramble with greens from the school garden.

Although the mission to end childhood obesity is an important one, Dole says Recipe for Success Foundation goes beyond that. “We give kids the tools early to help them feel comfortable in the kitchen, and a lot of people are intimidated by the kitchen,” explained Dole, as the students began walking through the classroom door, calling out her name. “We encourage kids to be adventurous, and the lessons stick. One parent told me that their kid came into their kitchen at home and corrected them on something they were doing wrong; another told me that a bunch of kids were playing pretend Iron Chef over the summer, where one kid played Chef Alyssa, another kid played Mr. Jeremy in the garden—I thought that was just awesome.” 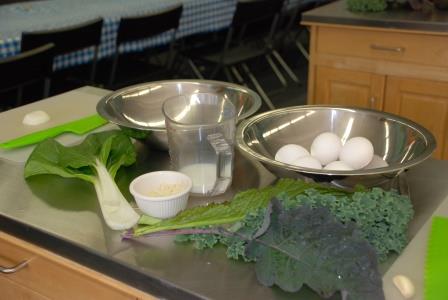 Ingredients for the scrambles are arranged at work stations, where students work in groups to prep ingredients. 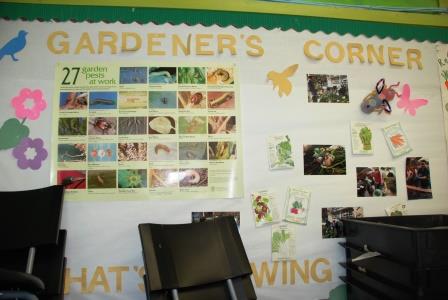 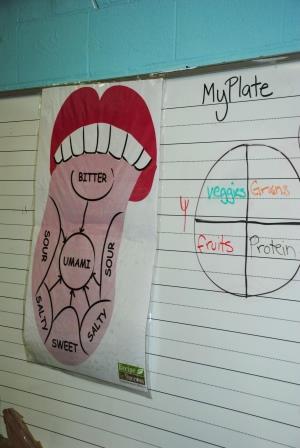 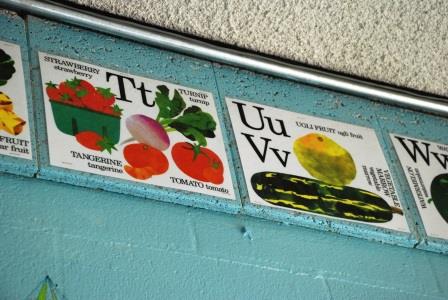 On this particular day, there was no local guest chef present, so Alyssa led the class through how to make the “Garden Green Scramble.” The kids talked about their previous experiences with each ingredient—eggs, quinoa, greens—and spent time identifying the types of greens on their work station. Alyssa took them through the equipment they would need, and showed the kids cooked and uncooked quinoa, to get everyone familiar with the ingredients before the prep and cooking began. Students talked about the greens, and where in the garden—just outside the classroom window—they were grown. 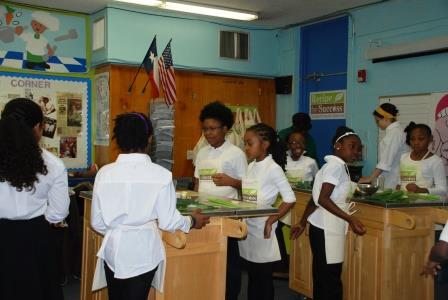 As students work to prep ingredients under Chef Alyssa’s instruction, they discuss where the ingredients come from, what they taste like, and whether they’ve ever tried them before. 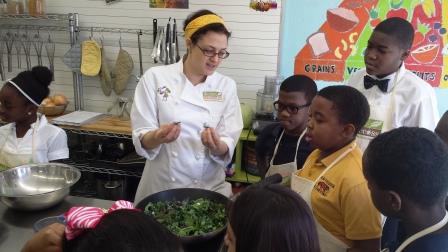 Each group heads to the front, of the classroom to watch Chef Alyssa demonstrate how to assemble the Garden Green Scramble. Each team is then allowed to participate in preparing their own scramble under Chef Alyssa’s instruction. 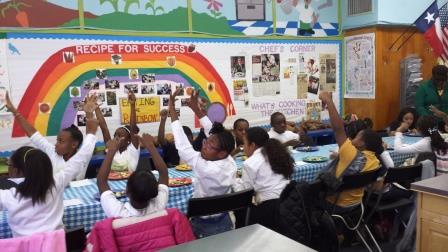 Eating together — Recipe for Success brings the lessons full circle, from garden to plate, with a communal meal. 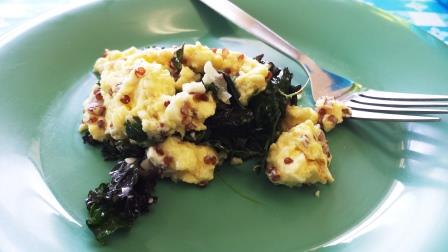 Cooking together, learning together, and eating together fosters a true sense of camaraderie among the students, and it was a pleasure to spend time with Mrs. Bell’s fourth grade class–thank you so much for having us. Check back soon to read our report from our second visit to the Recipe for Success cooking classroom at MacGregor Elementary, when we met Chef Randy Evans of Haven! (And had another helping of the Garden Green Scramble. Yum!)

Share:
This entry was posted in Recipe for Success, Spotlight and tagged nutrition, resources, school stories. Bookmark the permalink.

One Response to Recipe for Success: From Seed to Plate (and Beyond!)