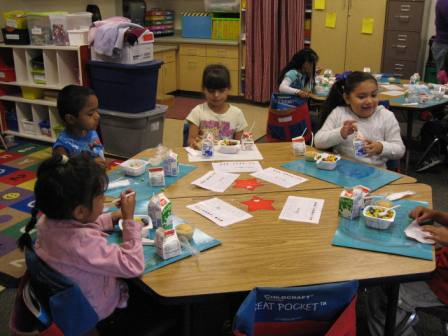 The breakfast in the classroom program at James Madison Elementary School in Ogden, UT was a mere thirteen days old when we sat down to talk to Ogden School District Dietitian Kristine Scott, RD, CD. Kristine sent a thank you shout out to other school food professionals for her help in an online forum, where she noted:

It really is true that the only people who have bad things to say about breakfast in the classroom haven’t done it. Within a week our custodian got over being mad about it and told me “I think this is going to work.” The teachers love it, the parents have good things to say, it really is an all around win. We are still working on minor things, mainly just timing and waiting on the cool bins we ordered. Our participation is up from an average of 300 per day last year to around 550 per day!

Here at Beyond Breakfast, we just had to know more, so we gave Kristine a call and talked about her budding BIC program and what the future has in store.

Ogden, UT is located about 40 miles north of Salt Lake City. Ogden School District has an enrollment of 12,665 students distributed between 20 schools, with an average lunch participation of 9,497 (August 2011). This is Kristine Scott’s first year serving as a school dietitian, having previously worked in a hospital in Idaho Falls; Kristine celebrated her one year anniversary with Ogden SD on September 20. When asked why she switched from a hospital to a school setting, Kristine replied, “People come to the hospital when they already have a problem. I wanted to get to someone before they have a problem. School food service is a way to do that. If we can help (students) eat well and learn to eat well when they are young, we can avoid problems later on.” 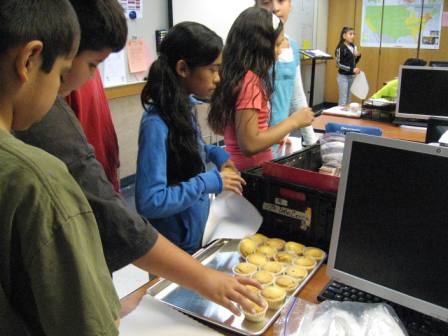 All schools in the Ogden district serve breakfast in the morning, but they serve from the cafeteria. Kristine noticed that the cafeteria service was taking too long, and some students who wanted to eat were unable to do so. “(The kids) were only allotted 25-40 minutes to serve all the kids. I talked to the kitchen manager and she said kids aren’t coming because they know they have to wait in line, and some of them wouldn’t get food because the line is too long. I thought if there was a way to get the kids breakfast—they want to eat!—we should help that along. James Madison Elementary is a Provision 2 school; we have a few others, but this one was the one where I saw the biggest need (for breakfast in the classroom).” 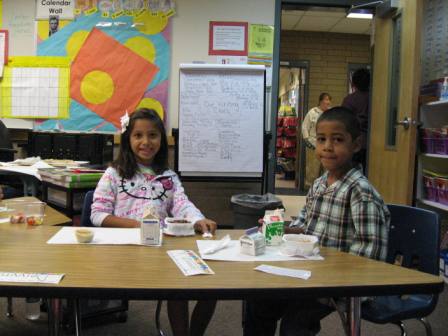 So, how did Kristine get started? First, she approached the kitchen manager at James Madison, and then the principal—both were interested in implementing breakfast in the classroom, but the principal wanted Kristine to pitch the plan to the school’s team leadership. “So we attended that meeting,” Kristine said, “and they voted unanimously that they wanted breakfast in the classroom. Then I presented again at a staff meeting and they were surprisingly optimistic. I was afraid going in, but they were excited! Now I get positive feedback from teachers, from administrators, the custodian. Everybody has improvements—we know we aren’t perfect, and we’re still learning—but I’ve gotten a lot of positive feedback.” 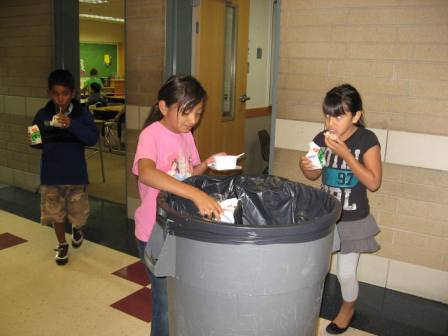 To prepare for implementation, and to address concerns regarding issues like cleanup, Kristine did her own outside research on breakfast in the classroom. “I went on a field trip and talked to another school’s custodian to get some best practices. We were already feeding over 300 students a day for breakfast, so for the custodian I think it was more of a transfer of duties.” 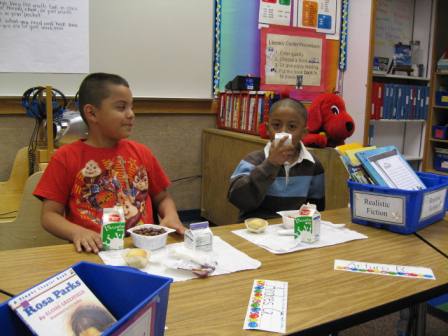 To give you a little perspective, here are the numbers: James Madison has an enrollment of 640 students, with a daily average of 582 students eating school lunch. Since breakfast in the classroom was implemented at James Madison on August 24, breakfast participation has seen a significant increase. The April 2011 average was 310 students eating breakfast; the average since the August implementation is 545. The breakfast procedure at James Madison is a classroom delivery system. “We prep the night before and refrigerate; in the morning we have a bin for each classroom, and we deliver them before the students get to the classroom. Kids go to their classrooms, get their breakfast, and sit and eat at their desks,” explains Kristine. Before implementation began some equipment, like carts and bins, were purchased. Here are a few examples of breakfast from the James Madison menu: 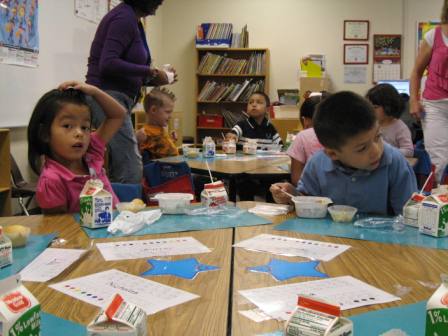 Student response has been positive as well. Kristine says, “I talked to a lot of kids and they all were positive. They like eating in their classroom. I think in the younger grades it becomes part of their routine and their structure.” When we asked Kristine how the breakfast procedure goes, she told us, “It’s amazing because you go in there and the beginning of the day is so smooth, and so quiet, even on the first day of school. The hallways are just calm. I was really impressed with how the students learned procedures.” 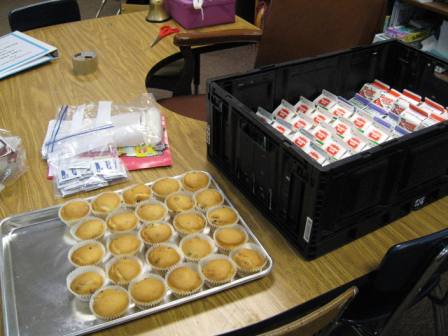 As for whether breakfast in the classroom has a future in other Ogden Schools, Kristine is practical, but optimistic. “I want to perfect this first,” she says, “but I would love to have it in another school. We have other Provision 2 schools in our district but I want to have it down, and have everyone on board. It would help to convince other stakeholders (going forward).”